Glenn Dicterow to teach at MAW 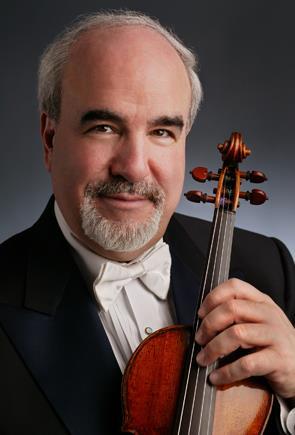 The Music Academy of the West has announced that New York Philharmonic concertmaster Glenn Dicterow will join its string faculty in 2014.

The violinist (left) is no stranger to the Santa Barbara-based Academy's summer school and festival, having been a visiting artist in 2011 and 2012. He is set to return to perform at this year's festival, before assuming formal faculty duties in 2014. His role at the Academy will include individual teaching, chamber ensemble coaching, and developing a string leadership programme for promising concertmasters and section principals.

Dicterow is set to step down as concertmaster of the New York Philharmonic at the end of the 2013–14 season, but he plans to continue performing as a soloist and chamber musician.