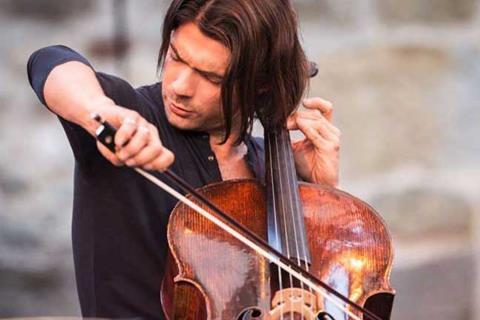 Gautier Capuçon was born in Chambéry in 1981 and began playing the cello at the age of five. He studied at the Conservatoire National Supérieur in Paris with Philippe Muller and Annie Cochet-Zakine, and later with Heinrich Schiff in Vienna. By his mid-twenties he had already developed an impressive catalogue of achievements and accolades. He was named 'New Talent of the Year' by Victoires de la Musique in 2001 and in 2004 he received a Borletti-Buitoni Trust Award since which time he has received several Echo Klassik awards. In recent seasons he has performed with orchestras such as the Berlin Philharmonic, London Symphony, Chicago Symphony and Concertgebouw Orchestra. Capuçon is also a regular recital and chamber musician, appearing in the major halls and festivals across Europe. Gautier Capuçon plays a 1701 Matteo Goffriller.