The musician was principal violist with the Paris Opera from 1957 to 1986, and taught at Conservatoire de Paris for 20 years 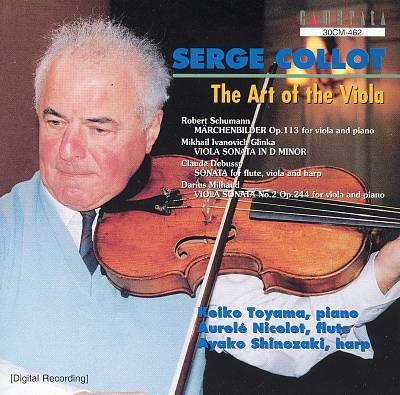 Born in Paris in December 1923, Collot himself studied viola, chamber music and composition at the Conservatoire de Paris with Maurice Vieux, Joseph Calvet and Arthur Honegger during the 1940s.

He was a member of several string quartets, including the Parrenin Quartet – and in 1960 founded Le Trio Á  Cordes Français with violinist Gérard Jarry and cellist Michel Tournus, which performed together for 32 years.

A frequent performer in Pierre Boulez's Domaine Musical concerts, Collot premiered Berio’s Sequenza VI for viola solo (1967), which was written for him.

In 1989 he was awarded the French Legion of Honour.