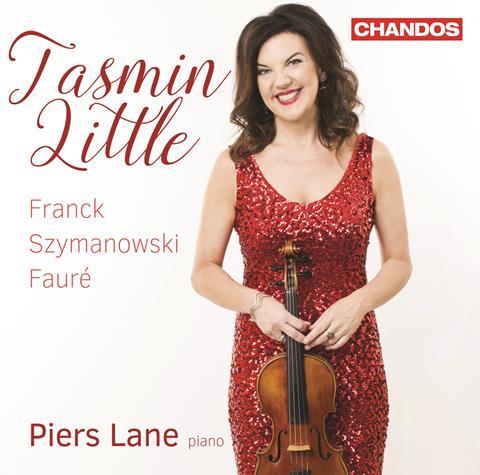 To sound its finest, Franck’s chromatically charged, sensually alluring Sonata requires playing of devoted intensity, and that is precisely what it receives from Tasmin Little and Piers Lane. Throughout the languorous opening allegretto, they entwine their phrases with a pulsating seductiveness that is shattered by the second movement’s explosive, hurtling momentum. Here, Lane’s fearless and headlong negotiation of Franck’s notoriously tricky writing allows Little to soar aloft with captivating emotional abandon. Rarely has the explosion of A major radiance that crowns the finale been sounded with such life-affirming incandescence. Fauré’s Romance, which tantalises with its noble restraint, forms the interlude before Szymanowski’s distinctive brand of intoxicating exoticism takes hold. The Franck-inspired Sonata shows the 22-year-old composer flexing his creative muscles with gleeful exuberance, and here Little and Lane hurl themselves into the fray with carefree delight, achieving a beguiling frisson seldom captured under studio conditions. By 1910 (when the op.23 Romance was composed) Szymanowski had developed into an Scriabinesque expressionist with a penchant for ecstatic melody, a tendency developed still further in the Notturno e Tarantella, which rethinks the Sarasate–de Falla prototype with a Debussy-like flair. It receives another gripping performance from this outstanding duo, captured in luxuriant sound of bracing physical projection.