A violist with a background in neuroscience, Molly Gebrian shares some alternative practice methods informed by studies on how our brain processes learning 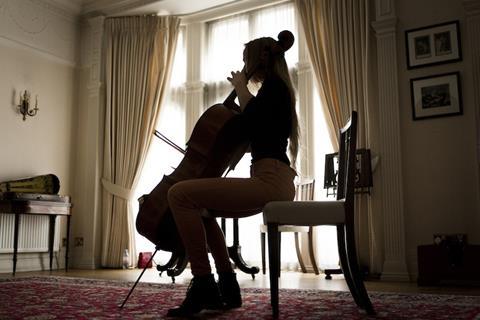 These tips are from an article by Molly Gebrian in the September 2017 issue of The Strad, investigating how mental practice techniques and training methods drawn from the world of sports coaching can enhance musical practice sessions. She advocates combining traditional practice methods (‘blocked practice’, repeating the same passage again and again until it’s right) with ‘interleaved’ practice: the concept of jumping between different tasks to add difficulty and increase one’s ability to play things in real performance conditions.

To read the full article download the issue on desktop computer or via the The Strad App, or buy the print edition.

Pick four to seven troublesome spots in a piece you are working on and put a sticky note in the score next to each one. Make sure that you can play each of them perfectly at least five times in a row (blocked practice) before you try this method. Play the first section once and if it’s perfect, make a tick mark on the sticky note. Then, play the second spot and again give yourself a tick mark if it’s perfect. Continue through all your sections until you’ve reached the final one. Then, go back to passage number one and play it again. If it’s perfect, give yourself another tick mark. If you make a mistake, erase the first tick mark. Continue working through your spots in this way until all of the sticky notes have a minimum of five tick marks on them. Remember, if you make a mistake in any of your sections, you must erase the tick marks you’ve already accumulated for that spot and start again at zero.

Timer apps allow you to programme an alarm to sound every set number of minutes (or seconds). The one I use is called ‘Interval Timer’ and is free for iPhone and Android. I use this practice method when I’m two or three weeks away from a concert or audition.

Pick a spot that you’ve already solidified but would like to be certain of nailing every time in performance (the opening of your concerto, a tricky passage in the middle, and so forth). Set your interval timer (mine sounds every five minutes). Go about your normal practice routine, but whenever the timer goes off, stop what you’re doing and play your selected passage. Only play it once, just as in a concert, then return to your normal practice. Resist the temptation to work on your selected passage, no matter how insecure it may be. You can make notes of places in the passage which require more practice for later, but if you work on them now, you will be defeating the purpose of interleaved practice.

Read: ’One thing I’m grateful for is the amount of practice I did growing up’ – TwoSet Violin 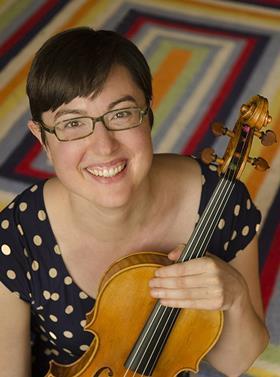 Mix up your technique routine

Instead of working through the circle of 5ths in your scales and arpeggios try using random practice. Make little cards, each labelled with a different key, and put them in a bag. Then, make other cards labelled with different tempos and put those in a different bag. Finally, make cards specifying different bow strokes or bowings and put those in a third bag. Every day, pick out a key, a tempo, and a bow stroke and make this the subject of your day’s scale practice.

People preparing for orchestra auditions often know the importance of doing mock auditions, but often we don’t hear about the importance of doing mock recitals. When I am getting ready for a performance or an audition, at least two weeks before the date, at the end of the day when I’m tired and my brain isn’t working well anymore, I will do a mock audition or play my entire recital program. I will only warm up the way I plan to before the actual event to mimic as closely as possible what I will feel like at the concert or audition. I do this at the end of the day when I’m tired because I know that my brain won’t be working quite normally during the performance, so I don’t want to make my mock audition at a time of day when my brain is focused optimally. This simulates a performance situation (minus the nerves) and forces me to play everything perfectly the first time around. I also record each of these mock auditions/recitals and then take notes on what I heard so I know where to focus in my practicing the next day.

To read the full article download the September 2017 issue on desktop computer or via the The Strad App, or buy the print edition