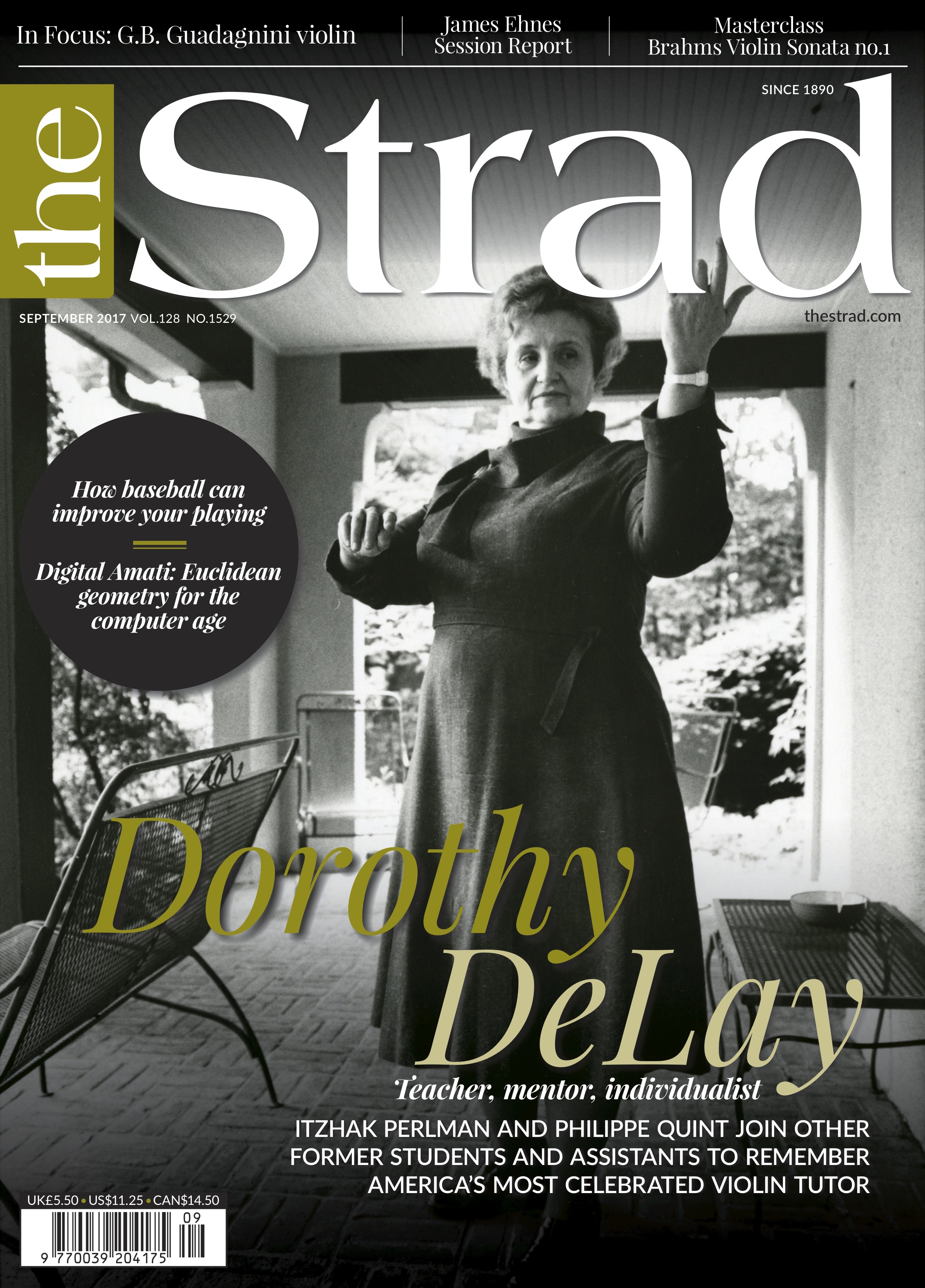 The Strad September 2017 issue is out now, in which we celebrate the compassion, humour and rigorous practice that Dorothy DeLay brought to her five decades of teaching. In the hundredth year since her birth, former students including Itzhak Perlmanand Philippe Quint remember her singular teaching style.

Elsewhere in the issue, we report from a research project in Bilbao on how alterations to an instrument’s back or top affects its sound; and on the evidence in favour of visualisation and other alternative practice techniques in musical instrument learning. Jeff Bradetich talks about his career at the forefront of bass teaching and performance; and we hear from the creator of computer program which designs instrument forms based on François Denis’s Traité de Lutherie.

In our regular sections: In Focus features Dorothy DeLay’s 1778 Guadagnini; Sebastian Zens shares method for making a new kind of cello mould in Trade Secrets; My Space features the workshop of Netherlands-based luthier Theo Marks; Christopher Jacoby gives a crash course in varnish ‘ground prep’ in Making Matters; in our monthly Masterclass, Vadim Gluzman gives his thoughts on Brahms’s Violin Sonata op.78; a lesson on bow curves for double bass in Technique; a tribute to violinist Joseph Joachim, from 1907, in From The Archive; and Renaud Garcia-Fons on the Sarabande from Bach’s Cello Suite no.5 in Sentimental Work.

In the September 2017 issue