How do you notate the music of aural tradition? 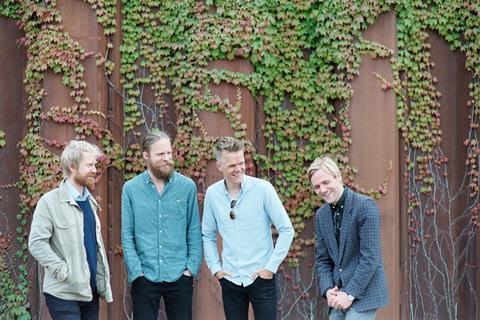 Few expected the Danish Quartet’s 2014 album of folk ditties to be such a runaway success, least of all the musicians themselves. ‘We decided to spend a week in the Danish countryside arranging and recording a handful of our favourite tunes.

‘We had no recording label, no long-term plan,’ reads the quartet’s own account of the recording of Wood Works (which took place in September 2013).

A couple of years later, the ensemble was playing those tunes on television shows around the world while the album was serenading customers queuing for iced lattes in Starbucks.

Wood Works struck a particular chord with working string players. Whether as a result of hearing the album, or witnessing the quartet play one of its tunes as a room-stilling encore following railing Shostakovich or complex Bartók, players started to approach the ensemble and ask if they could get hold of the sheet music.

‘They wanted it for summer courses, weddings or to use as teaching material,’ says violinist Rune Tonsgaard Sørensen. ‘There isn’t much music like this that’s published.’

Well, there is a little more now. The quartet gathered together all the scraps of paper from their week recording in the woods, and in 2015, Edition.S in Copenhagen published their arrangements of the 13 folk tunes on Wood Works. With the exception of a 14th bonus tune, the items in the score correspond exactly to the works on the album – and the edition is finally being made available in the UK.

Of course, you can dig into certain dialects and traditions if you want – just listen to a lot of music from that particular area.

Ornamentation, more than anything, could be said to set this music apart on a technical level. ‘Ornamentation is really linked to the improvisatory nature of the music,’ says Sørensen. How did they know what to do – how to let fly with all those little trills, miniature glissandos and digging gestures with the heel of the bow? ‘Because we’ve been playing it for such a long time,’ says Sørensen.

‘We started out listening to a lot of this music and the ornaments become very natural. It becomes hard not to do it.’ Their advice to those without such experience, in simple terms, is not to be overly cautious and certainly not to overthink.

‘The 14 tunes here come from a pretty wide geographical area and each of those areas has its own traditions for ornamentation and so on,’ says Sjölin. ‘We couldn’t possibly go into detail about all those traditions, so we ended up just doing what we felt like.’ Sørensen adds, ‘Of course, you can dig into certain dialects and traditions if you want – just listen to a lot of music from that particular area.’

To read the full interview with the Danish Quartet, download the issue on desktop computer or via the The Strad App, or buy the print edition