The airline has changed its hand baggage policy and is now refusing to allow any musical instruments in the cabin, as folk musician Caitlín Nic Gabhann discovered during a tour earlier this month 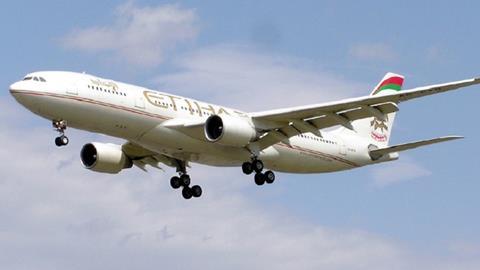 Etihad Airways has changed its hand baggage policy in recent weeks and is now refusing to allow any musical instruments in the cabin unless the passenger buys an additional seat.

The policy change came as a surprise to folk musicians Caitlín Nic Gabhann and Ciarán Ó Maonaigh of duo Caitlín & Ciarán, and their bandmate Cathal Ó Curraín, who were told they must check their violins into the hold on a flight from Dublin to Queenstown via Abu Dhabi and Sydney earlier this month.

The group were due to take part in a tour of New Zealand, followed by an appearance at the National Folk Festival in Australia. When two of the three went to check in they were informed by staff that no musical instruments are allowed inside the cabin.

'This never happens,' Gabhann told The Strad. 'We were given a litany of excuses/reasons, all of which I've seen contradicted since - it's because of the hard case (but carry-on suitcases are the same hard plastic material) or it's because the flight is full (I have photographic evidence now that the container over our heads was empty on both flights).'

When the two landed in New Zealand they discovered that their instruments had not arrived. 'We were then told that the instruments were in fact still in Dublin!' Gabhann explained. 'We were told they'd be arriving on Wednesday. Trouble is, the first gig of our tour was on Tuesday in Queenstown. We managed to borrow some instruments from generous locals.'

The third member of the group encountered the same difficulty with his violin when he checked in for his flight two days later:

'He was told the same,' said Gabhann. 'But he argued and eventually when he got talking to the Duty Manager, he was told that the policy on this changed 'a few weeks ago'. As we booked the flights months ago, he was granted admission with his fiddle onto the plane.'

Gabhann continues: 'The idea of having to check in a fragile and valuable instrument such as a violin, that is a person's profession, and one that clearly fits the overhead compartment is simply ridiculous! This has obviously been a very distressing journey for us given that we have many friends who have had guitars etc seriously damaged due to flight handling.'

The airline has since responded to Gabhann's complaint:

'While our current policy specifies that musical instruments shall be checked in, we know this is an important matter for you and will do our best to improve our services and ensure our policy on carriage of small instruments meets our guests' requirements. As an exception from the standing policy, we will facilitate the carriage of your violins in the cabin during your return flights from Sydney to Dublin via Abu Dhabi.'