Currently taking place at the Lynn Conservatory of Music in Florida, the contest offers a grand prize of $30,000, performance opportunities, management and public relations support 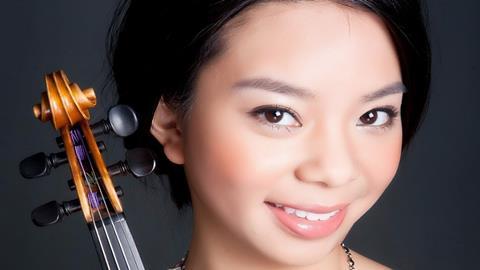 The inaugural Elmar Oliveira International Violin Competition (EOIVC) – taking place from 22 January to 5 February 2017 at the Lynn Conservatory of Music in Florida – has named the eight candidates selected to take part in its semi finals.  Whittled down from 80 applicants from 16 countries, the violinists are competing for a grand prize of $30,000, performance opportunities, management and public relations support.

Just four violinists will be selected to perform in the finals on 4 and 5 February with the Lynn Philharmonia conducted by Guillermo Figueroa.

The EOIVC has been established by 1978 Tchaikovsky Competition Gold Medal-winning violinist Elmar Oliveira, in collaboration with the Lynn Conservatory of Music in Boca Raton, Florida. Open to violinists aged 16-32, the contest is to be held every three years with the aim of providing ‘long-term career development tools’ designed to ‘cultivate and nurture developing musicians’.