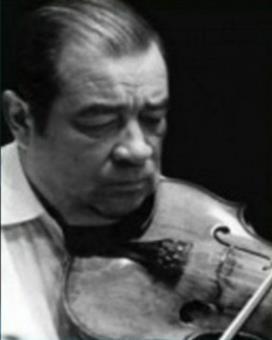 Russian viola player and pedagogue Dmitry Shebalin has died at the age of 83. For more than four decades he performed with the Borodin Quartet, one of the most acclaimed chamber music groups of the 20th century.

Born in 1930, Shebalin was the son of the composer and teacher Vissarion Shebalin. who served as rector of the Moscow Conservatoire for six years from 1942. Dmitry graduated from the Conservatoire in 1948, and in 1953 he succeeded Rudolf Barshai, a founder member of the Quartet, as the group’s violist. Originally called the Moscow Philharmonic Quartet, it took the name of composer Alexander Borodin in 1955, although it was most frequently associated with the works of Prokofiev and particularly Shostakovich.

The formation of Shebalin, violinists Rostislav Dubinsky and Jaroslav Alexandrov, and cellist Valentin Berlinsky lasted for two decades, during which the Quartet toured on several continents and tickets for their Beethoven cycles were highly sought after. The foursome’s recordings of Tchaikovsky and Schubert were particularly acclaimed by critics. Alexandrov retired due to ill health in 1974 and Dubinsky defected to the West two years later; violinists Mikhail Kopelman and Andrei Abramenkov were recruited as replacements.

Shebalin retired from the quartet in 1996, after 43 years as its violist, but continued to teach viola at the Moscow Conservatoire, where he had been a professor since 1969. He was named People's Artist of the USSR in 1974 and received the USSR State Prize in 1986. After the fall of the Iron Curtain, Shebalin gave masterclasses at conservatoires around the world. He played a violin by Lorenzo Storioni.