Not so, according to Philip Dukes, who argues that the technical requirements of the instruments overlap considerably and players benefit from studying both 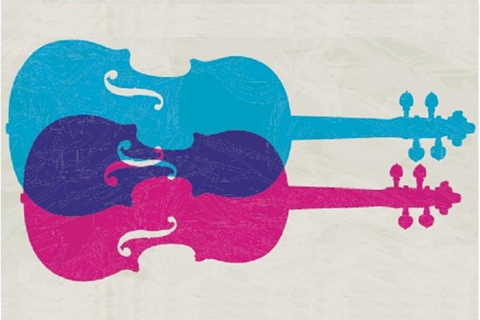 The eminent musicologist Hans Keller once remarked that there were a number of ‘phoney’ musical professions. One of them, in his view, is being a viola player (another a conductor). Not surprisingly, as a violist myself, I am inclined to disagree with this rather curious comment, but it does provoke the question of where that idea may have come from. Perhaps Keller was referring to the notion that playing the viola is somehow an extension of playing the violin and is not necessarily a different profession or skill in its own right. There is no question that, if you were to put a Venn diagram together of the necessary technical requirements to play the violin and the viola, there would be a considerable overlap.

I recommend that all my violin students at least dabble in learning the viola. Sound production, and perhaps more importantly, sound quality, through a slower bow speed and a greater palette of vibrato, can give an added richness to a violinist’s tone and help to produce a wider range of tonal colours, particularly in Romantic and 20th-century repertoire.

Students can also benefit from gaining a greater understanding of the inner parts and the subtle inflections one can create to shape the leading line. And of course they gain the opportunity to work more closely in range with the cello and bass register – something that can enrich your understanding of a work, and give you a closer connection to the textures of the bass line and a greater depth of musical knowledge and satisfaction. 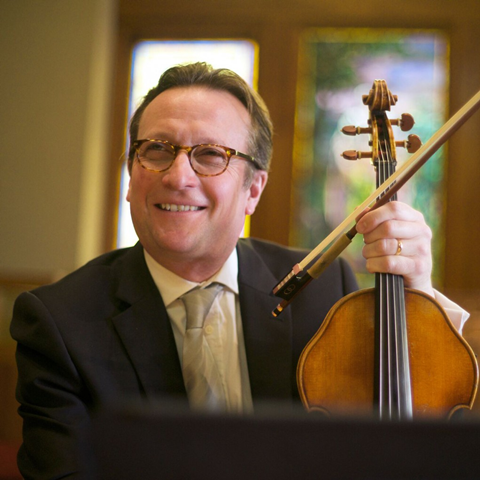 I would also go as far as to say that anyone contemplating being a professional violist should learn the violin in the first instance, and maintain playing it alongside the viola for as long as possible. Many of the greatest viola players of the modern era – including William Primrose, Pinchas Zukerman and Michael Tree of the Guarneri Quartet – were formally trained as violinists, and either still play or played the violin alongside the viola, or benefited from that training as recognised ‘pure’ professional violists. Through the dexterity, coordination and facility generated from the study of the violin and its inexhaustible and inspiring repertoire from the 18th and 19th centuries (in which the viola is so sadly lacking by comparison), violists can undoubtedly gain an additional dimension to their playing.

A number of important composers had more than a passing interest in the viola, and indeed played the instrument themselves. It remains a mystery, then, why more concertos prior to the turn of the 20th century did not materialise (imagine concertos by Schubert, Dvorák, Schumann, Brahms or Tchaikovsky). What a relief that the 20th century has proved to be such a watershed in terms of the viola’s development as a solo instrument. Prior to that, it lay in the shadow of its violin and cello counterparts, but as composers looked for new mediums for which to write, the viola came to the fore.

What weren’t available, however, were the necessary technical exercises to support the new demands being placed upon violists. It was natural therefore that transcriptions of violin studies should be adopted by violists, the most obvious being the Galamian and Flesch scale systems and the transcription of the Kreutzer studies by Mark Knight, as well as etudes by Rode, Gaviniés, Ševcík, Paganini and Wieniawski. Although the transcriptions are invaluable, there is no doubt that they work best in their original form (try using Max Rostal’s fingerings in the Rode studies on the viola – some of them are simply impossible). And with that in mind, it might be best to learn them on the violin rather than the viola in the first instance.

My own long and significant association with the violin, its technical and pedagogical history and its extensive repertoire, has provided me with an essential foundation that allows me to enjoy longevity and versatility as a solo violist and chamber musician, in the many varying demands of repertoire that I encounter. There will always undoubtedly be exceptions to the rule, but ultimately it is my firm belief that while a career as a violist is unquestionably a profession of its own (sorry, Mr Keller), there is an inextricable and invaluable link between the two instruments, and that the foundation for great viola playing is greatly assisted by a close association with its violin colleague.

This article was first published in The Strad's February 2013 issue.

Philip Dukes is a viola soloist and chamber musicians, and professor of viola at the Royal Academy of Music