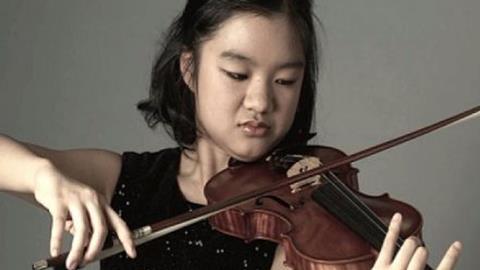 US violinist Mirand Liu has been appointed concertmaster of the Concerto Budapest Symphony Orchestra at the age of just 19.

A native of California, the multiple prize winner has studied at the Universität Mozarteum Salzburg and is a graduate of the Liszt Academy of Music in Budapest. She performs regularly as a soloist and chamber musician.

'I'm very excited to work and perform together in Hungary and abroad with some of the most respected and accomplished musicians around! Another dream come true,' wrote Liu on her Facebook page.

Formed in 1907, Concerto Budapest is one of Hungary’s oldest ensembles. Its current artistic director and chief conductor is Keller Quartet violinist and pedagogue András Keller, who was appointed in 2007.

Read: What makes a concertmaster special?