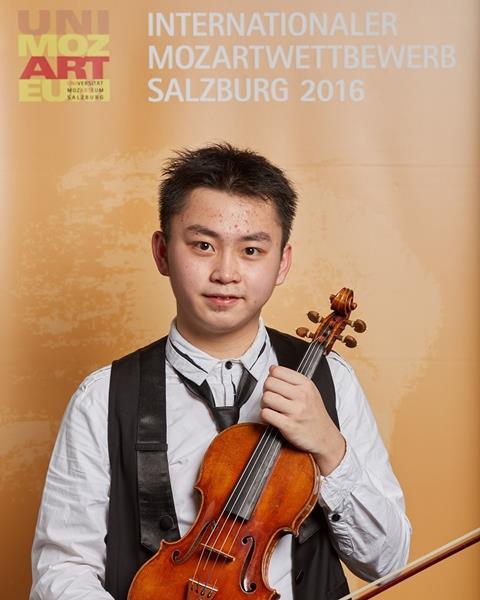 Ziyu He has won the violin section of the 12th International Mozart Competition Salzburg, and receives €10,000. The 16-year-old Chinese violinist, a student at Salzburg’s Universität Mozarteum, also won the Special Prize for the best interpretation of the commissioned work by Gerhard Wimberger.

Second prize, worth €7,000, was awarded to 24-year-old German violinist Thomas Reif, a former Mozarteum student, while third prize, worth €4,000, went to Benjamin Marquise Gilmore from the Netherlands. All three finalists performed Mozart’s Violin Concerto no. 5 in the Great Hall of the Mozarteum Foundation.