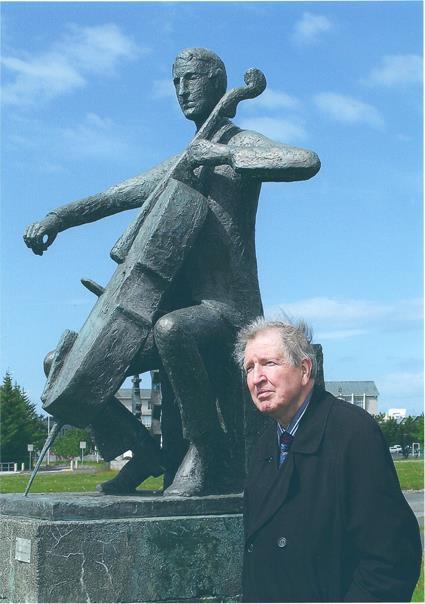 Danish cellist and teacher Erling Blöndal Bengtsson has died at the age of 81. A student of Gregor Piatigorsky at the Curtis Institute of Music, he went on to become an international soloist and a champion of new works.

Born in 1932 in Copenhagen, Bengtsson began studying the cello with Fritz Dietzmann at the age of five. He was accepted into the Curtis Institute in 1948 after he wrote to Piatigorsky, who invited him to perform with the Tanglewood orchestra in the same year. He later became Piatigorsky’s teaching assistant, and from 1950 to 1953 taught his own cello class at Curtis. He also played in concerts with the Scandinavian Symphony Orchestra.

In a March 2012 interview for The Strad marking his 80th birthday, Bengtsson described his practice regime to fellow cellist Jeffrey Solow: ‘For quite a few years I played a different Bach suite every day, and then Piatti’s twelve caprices on the seventh day. That is a very satisfying way to stay in shape.’

In a performing career that spanned the globe, Bengtsson performed from memory a concert repertoire that encompassed the entire cello literature. He also commissioned and introduced many new works, including 14 cello concertos by Scandinavian composers. Among his recordings are complete Beethoven sonatas and Bach Cello Suites.

Bengtsson taught at the Royal Danish Academy of Music, Swedish Radio Music School, Hochschule für Musik Köln and University of Michigan School of Music, where he remained from 1990 to 2006. In his later years he gave masterclasses in Norway and Iceland, where he was a celebrated soloist: a statue of him performing was erected in front of the University Concert Hall in Reykjavík in 1970 (pictured).

‘There have never been as many good cellists as there are today, because there are so many more good teachers,’ Bengtsson said in the 2012 interview. ‘But I don’t think one can say the performance style has changed. I don’t find any particular difference between students and the US. Maybe there was a difference once, but now it doesn’t matter whether a student is educated in London or New York.’