New performance measure of GCSEs in England will include creative subjects 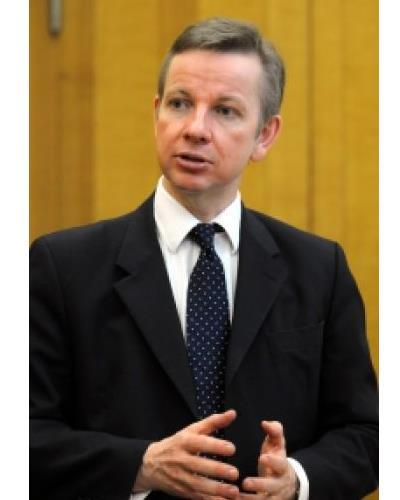 The British government is to scrap plans to replace GCSEs in key subjects in England with a new English Baccalaureate Certificate. Education secretary Michael Gove (pictured) announced the reversal in the House of Commons today, along with changes to the national curriculum and changes to the performance measures used in school league tables.

The Incorporated Society of Musicians (ISM), along with other arts organisations, leading performing arts figures and string players including Julian Lloyd Webber, Tasmin Little and Nicola Benedetti, have campaigned against the English Baccalaureate measure, accusing the government of sidelining creative subjects by not including them alongside the measure's five core components â€“ maths, English, languages, humanities and science.

The government has now said it will introduce a new eight-subject measure of GCSEs, including English and maths, three subjects out of sciences, languages, history and geography and three other subjects, such as art, music or RE.

In his statement to the Commons, Gove spelled out how the new curriculum would be different on a subject-by-subject basis. He said: 'In art and design there's a stronger emphasis on painting and drawing skills, in music a balance between performance and appreciation.'

ISM chief executive Deborah Annetts welcomed the announcement, saying: 'The voices of the creative industries and education sectors have been listened to, and we welcome this. We will now be looking closely at the new proposed National Curriculum for music and work with the Government to ensure that we have a National Curriculum, GCSEs and A-levels fit for the future.'