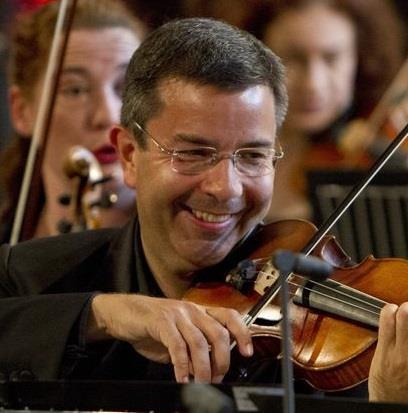 ‘I am looking forward so much to starting my new position with WASO in the beautiful city of Perth,’ said Jackson. ‘WASO are a terrific orchestra, not just technically, but with a real commitment and enthusiasm for their work and with such an experienced and dynamic principal conductor as Asher Fisch at the helm, there promise to be many great musical experiences ahead!’

A graduate of London’s Royal Academy of Music, studying with Emanuel Hurwitz, Maurice Hasson and Anne-Sophie Mutter, Jackson made his Royal Festival Hall debut in 1990, and from 1994 to 2006 was leader of the Maggini Quartet, with whom he recorded 23 albums.

He is regularly invited to guest lead orchestras including the London Philharmonic, Philharmonia, Royal Scottish National Orchestra, BBC Philharmonic, Trondheim Symphony Orchestra and Bergen Philharmonic, and has also recorded two discs for Naxos of the complete repertoire for violin and piano by Arnold Bax with pianist Ashley Wass.