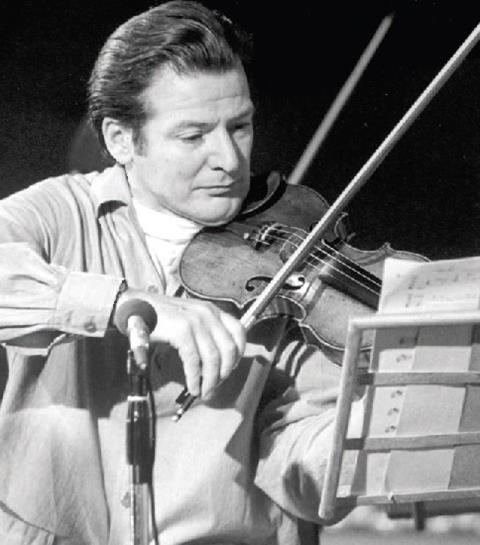 The leading musician, who founded the Academy of St Martin in the Fields (ASMF), began his musical life as a violinist. Born on 15 April 1924 in Lincoln, Marriner studied at London's Royal College of Music and the Paris Conservatoire before playing in the Martin String Quartet and Virtuoso Trio, and joining the London Symphony Orchestra in 1956 as principal second violin.

It was during his time with the LSO that Sir Neville founded the ASMF - a chamber ensemble of London’s finest players - who first gathered to rehearse in his front room in 1958. The group gave its first performance in the church of St Martin in the Fields in 1959, going on to make numerous recordings under Marriner's baton, including the soundtrack to the 1984 film Amadeus. He handed over musical directorship of the group to violinist Joshua Bell in 2011, assuming the role of life president.

Sir Neville began his conducting career in earnest in 1969, after studies with Maestro Monteux in America, where he founded the Los Angeles Chamber Orchestra. In 1979 he became music director and principal conductor of the Minneapolis Symphony Orchestra and the Südwest Deutsche Radio Orchestra in Stuttgart, positions he held until the late 1980s. In 2011 he was appointed honorary conductor of the newly established I, Culture Orchestra which brings together young musicians from Eastern Europe.

He was most recently being made a Companion of Honour by Her Majesty The Queen in June 2015.

Marriner was interviewed in The Strad's April 2014 issue about his time in London's top orchestras and making the move from front desk to the podium. Of founding the ASMF, he said:

‘Interestingly, we spent at least as much time talking as playing, deciding exactly the kind of sound we were aiming for. Our basic intention was to play like an expanded string quartet, with the same disciplined approach to fine intonation and ensemble. We felt it was essential that every player should feel in contact with their colleagues in order to create a true chamber feel. We carried on at the cutting edge [of historically informed performance] until there came a point at which we felt less comfortable with the latest research into historical articulation,  tempos and pitch levels, and from then on we developed what became generally recognised as the “Academy sound†.’

Read The Strad's full Sir Neville Marriner interview in the April 2014 issue – download on desktop computer or through The Strad App.