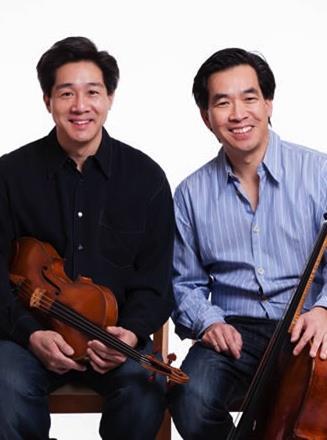 Violist Phillip Ying and his brother, cellist David Ying, are to take over as co-artistic directors of the Bowdoin International Music Festival in Brunswick, Maine, US, from the close of the festival's 50th anniversary season in 2014.

The Yings succeed founder artistic director Lewis Kaplan, who launched the festival in 1964 with the late Robert K. Beckwith, a professor of music at the Bowdoin College, and who has run the event for 49 years.

Phillip and David Ying perform as part of the Ying Quartet alongside violinists Ayano Ninomiya and Janet Ying. The ensemble serves as faculty quartet in residence at the Eastman School of Music of the University of Rochester, where the brothers are also associate professors. Philip is the current chair of the chamber music department at the Eastman School of Music, and was president of Chamber Music America.

The Bowdoin Music Festival has its roots in a concert series staged at Bowdoin College by the Aeolian Chamber Players in 1964, of which Kaplan is a founder member. The annual event incorporates the Gamper Festival of Contemporary Music, which has commissioned and presented new music since 1965, including premieres by Luciano Berio, George Crumb and Sebastian Currier.