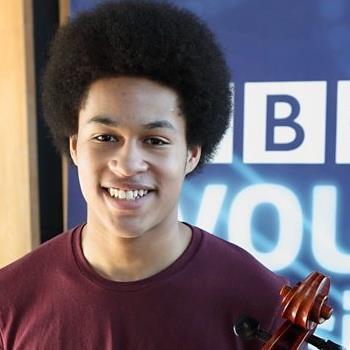 The BBC Young Musician of the Year 2016 has named the three finalists who will perform with the BBC Symphony Orchestra conducted by Mark Wigglesworth at London's Barbican on Sunday 15 May. The final will be broadcast on BBC Four and on BBC Radio 3.

Among the musicians is 17-year-old cellist Sheku Kanneh-Mason, a student of Ben Davies at The Royal Academy of Music and a member of the Chineke! Junior and Professional Orchestra, and of the Kanneh-Mason Piano Trio and the Ash String Trio.

Open to British musicians up to the age of 18 in Strings, Percussion, Woodwind, Keyboard and Brass categories, the BBC Young Musician of the Year has launched the careers of a number of string players, including violinists Nicola Benedetti and Jennifer Pike and cellist Laura van der Heijden.