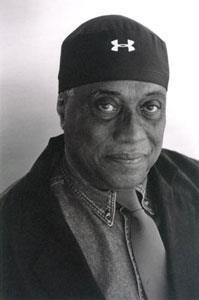 Bassist and pedagogue Richard Davis has been named as one of four 2014 NEA Jazz Masters by the National Endowment for the Arts in the US.

The NEA Jazz Masters is America's highest honour for jazz, and comes with a one-time award of $25,000. Davis, along with fellow honorees Jamey Aebersold, Anthony Braxton and Keith Jarrett, will receive their awards at a concert and ceremony in New York on 13 January 2014.

The Chicago-born Davis has been a professor at the University of Wisconsin–Madison since 1977, teaching bass, jazz history and jazz combo improvisation. Prior to taking up his teaching post, he spent 23 years in New York, establishing his reputation as a leading bassist. Among the artists he performed and recorded with were Ben Webster, Sarah Vaughan, Eric Dolphy, Dexter Gordon, Frank Sinatra and Miles Davis.

Davis is one of the most widely recorded bassists in history, and has made more than twelve albums as leader. He has toured internationally, performing in Japan, Europe, South America, Puerto Rico, Cuba, the West Indies, Hong Kong and Israel.