Did Beethoven write idiomatically for the string quartet?

The Casals Quartet has embarked on a large-scale Beethoven cycle, both in the studio and on tour to celebrate its 20th anniversary. The players speak to Richard Wigmore about the demands of the repertoire, which in so many ways was ahead of its time 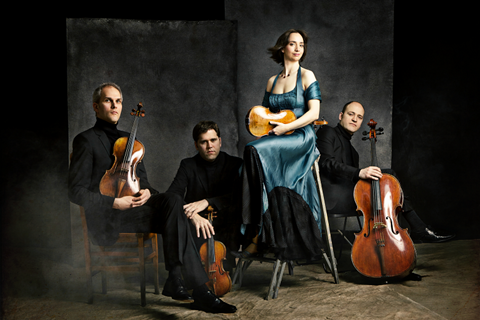 The following is an extract of a longer article in The Strad’s April 2018 issue. To read further, download now on desktop computer, via the The Strad App, or buy the print edition

A Beethoven cycle is a summit to be scaled by any string quartet worth its salt, and to celebrate the 20th anniversary of its foundation, the Casals Quartet – three parts Spanish, one part American – has embarked on what second violinist Vera Martínez Mehner calls ‘the Kilimanjaro’ of the repertoire with performances of their Beethoven Illuminated Anew series across Europe and Asia (2017–18 and 2018–19 seasons), and a three-album recorded cycle for Harmonia Mundi (2018–20). Says leader Abel Tomàs, ‘In the end, why Beethoven quartets are so uniquely great is that they compel you to look inside yourself and discover more about yourself than you knew before.

An abiding question, for performers and audiences, is whether or not Beethoven writes idiomatically for the string quartet. The Casals’ response, as voiced by Chicago-born viola player Jonathan Brown, is nuanced. ‘From the composer’s point of view, the works are absolutely idiomatic, in that no other formation could have allowed Beethoven to achieve what he did with the quartets.

‘Take, for example, the quick-fire interchange of a three-note motif in the finale of the second “Rasumovsky” Quartet: it would be much too fast for an orchestra and not nearly as exciting if played by one pianist; the thrill is the combination of unity and individuality which a string quartet represents. The chorale from the “Heiliger Dankgesang” of op.132 provides another example: a string quartet embodies four-part writing in its purest form, each voice unique but also part of a larger totality.

‘On the other hand, for all Beethoven’s experience as a violinist and violist, one can readily believe that he “did not give a damn about a lousy violin when the spirit was moving through him”, as he is supposed to have said! Scales and arpeggios are passed from one instrument to another in a way that would be much easier between the hands of a solo pianist (in op.59 no.2, for example), or parts are written clearly in imitation of woodwind voices, as in the slow movement of the D major Quartet op.18 no.3.

‘To play Beethoven quartets well, the ensemble must have the dexterity of a virtuoso pianist, the colour of an orchestra and the cantabile of a great singer.’

To see the full article, download The Strad’s April 2018 issue on desktop computer, via the The Strad App, or buy the print edition

For your chance to win one of ten copies of the new recording, simply click her to enter your details