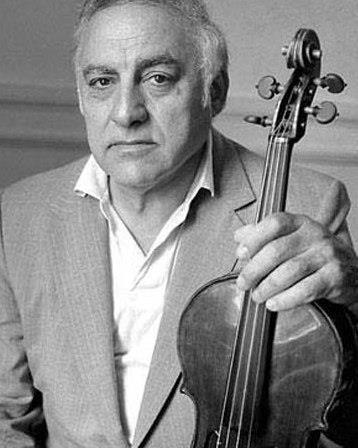 Joseph de Pasquale, who served as longstanding principal violist of the Boston Symphony Orchestra and Philadelphia Orchestra, died on 22 June at the age of 95.

Born in Philadelphia on 14 October 1919, de Pasquale studied at the Curtis Institute from 1938 to 1942 – initially as a violinist, but was persuaded by the string faculty to switch to viola under the tutelage of Louis Bailly, Max Aronoff and William Primrose.

He was appointed principal violist of the Boston Symphony Orchestra in 1947, remaining there until 1964. During this period he gave the first Boston performances of concertos of by Walton and Milhaud and also gave the world premiere of Walter Piston’s Viola Concerto, which was written for him.

In 1964 he joined the Philadelphia Orchestra as principal violist, where we remained until his retirement in 1996. Here he played alongside his three brothers – violinists William and Robert, and cellist Francis. The family also performed together as The de Pasquale String Quartet.

A prolific educator, de Pasquale taught at the Peabody Institute, Indiana University, New England Conservatory, Tanglewood Institute, and at the Curtis Institute from 1964 until his death. Among his students were members a number of leading American orchestras – and two-thirds of the Philadelphia Orchestra's viola section.