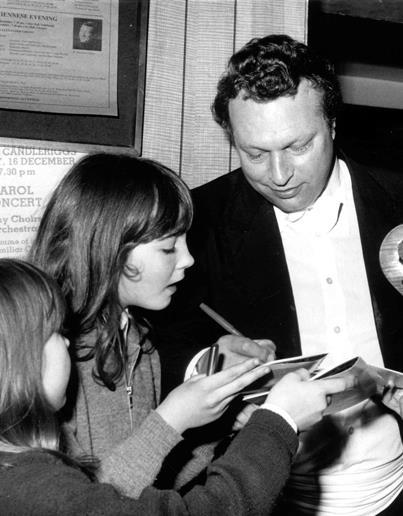 Cellist and ensemble director Adrian Shepherd has died at the age of 74. For 20 years he served as principal cellist in the Royal Scottish National Orchestra (RSNO), but was best known as the founder of the chamber ensemble Cantilena, which mainly comprised players from the orchestra.

Born in 1939 in Essex, Shepherd studied with William Pleeth at London’s Guildhall School of Music and Drama. He joined the RSNO in the early 1960s as a back-desk cellist, and after a short spell with the BBC Scottish Symphony Orchestra, he rejoined the RSNO in 1966 as principal cellist.

Having already performed chamber music as part of the Orpheus Trio and New Music Group of Scotland, in 1970 Shepherd co-founded Cantilena with a core group of 16 members of the orchestra. Specialising in performing Baroque and Renaissance music on modern instruments, the group worked for two years without giving public concerts. Unusually, the players frequently performed while seated in a circle with the audience all around them.

Shepherd taught at both the Royal Scottish Academy of Music and Drama and the Royal Welsh College of Music and Drama. With the violinist Angus Ramsay and the pianist Scott Mitchell, he founded the annual Cantilena Festival on the Scottish island of Islay. Although he stopped performing in 2010, he was a continuing presence at the festival and remained involved in its programming.

In his later years, Shepherd played with the Royal Philharmonic and BBC Concert orchestras. From 2002 he also conducted the Buxted Symphony Orchestra in East Sussex, where he moved in the 1980s. He received an MBE in 1984 for his services to music.

Photo: Adrian Shepherd at the stage door of Glasgow’s City Hall, taken in the mid-1970s by Lewis Segal