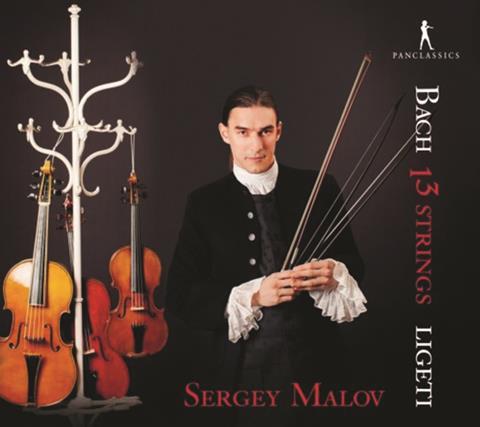 Although no mention is made anywhere in the presentation, this CD continues a project begun in 2013, when it was indeed advertised as ‘vol.1’, albeit on another label. Therein, Sergey Malov juxtaposes unaccompanied pieces by Bach and 20th-century composers. The previous issue included Bach’s Cello Suites nos.1 and 6 alongside Bartók’s Sonata for solo violin. The D minor Suite on the new record is performed – as were the previous two – on a violoncello da spalla made for Malov by Dmitry Badiarov. Although the historical evidence for the instrument’s appropriateness in this music is not quite as conclusive as the liner notes imply, Malov makes a good case for it. While, of course, not the equal of the greatest cellos heard in recordings of this cycle, it has a rounded, nicely equalised and slightly nasal timbre throughout its range. A resonant acoustic certainly helps, as does the fact Malov sounds more at home with the instrument than he did four years ago.  Here and in the D minor Partita, performed on a Cappa violin in original set-up, Malov’s employment of agogics can occasionally sound mannered, and his embellishments – which sound as if they have been improvised on the spur of the moment – don’t always sit comfortably on the melodic line. No such restrictions apply to his exciting Ligeti rendition (on a viola made by Pietro Gaggini in 1958), freshly performed with the greatest naturalness. CARLOS MARÍA SOLARE