The string quartet was one of six artists to receive the New York prize, which includes concert opportunities and management 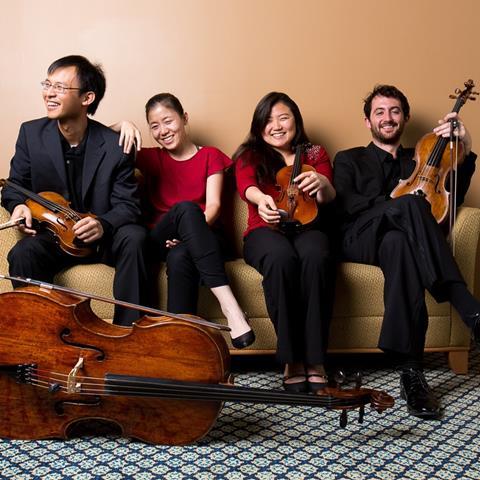 The Zorá String Quartet is one of six artists and ensembles to be named a First Prize Winner of the 2015 Young Concert Artists International Auditions in New York.

The winners each receive three major debuts next season in New York, Washington, DC, and Boston, and join the roster of Young Concert Artists Inc, which provides a minimum of three years of management services, concert engagements, promotion, and career development.

Founded in 1961, the Young Concert Artists has launched the careers of violinists including Ani Kavafian, Ida Kavafian, Chee-Yun and Pinchas Zukerman, and the Tokyo, Borromeo, and St Lawrence String Quartets.