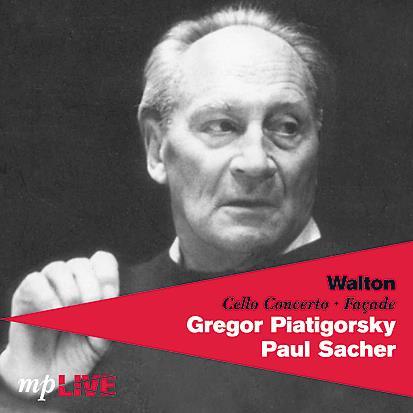 This release of the European premiere of Walton’s Cello Concerto at the Royal Festival Hall on 13 February 1957 has been transferred from a recording of the original radio broadcast (the performance was also televised). It is of remarkably good quality, complete with audience noise and the opening BBC presenter’s announcement that Walton, who had recently been in a car crash, would be listening to it from his hospital bed in Rome. Piatigorsky, performing it only 19 days after the world premiere in Boston (he recorded it three days later) has clearly got the measure of this elusive work, and plays with easy, lyrical freedom. He is expansive in the first movement and in the rhapsodies of the last, following Walton’s extended, dreaming lines with elegant introspection. The great unaccompanied musings of the finale are gripping, and he scampers splendidly when Walton enters quicksilver mode. Façade, recorded at the Festival Hall in 1953, is delicious.