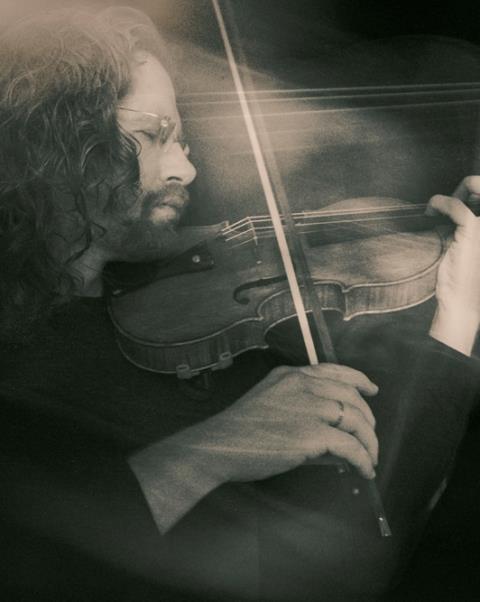 It’s a musician’s worst nightmare to wake up with a pain in his hand. I had devoted the whole of my conscious life from the age of five to a career as a professional violinist; there is nothing else I know how to do. If there was a real problem with my hand, it would literally mean the end of my life. And then one day it appeared – a nagging ache, occasionally turning into a shooting pain.

What did they tell us as children? If it hurts, stop playing immediately, or you’ll only make it worse. Naturally, I stopped practising immediately and got a doctor’s note for college. To give the Royal College of Music administration their due, at this time they were paying particular attention to the problem of what to do with students suffering from hand pain, and they had a list of a phone numbers for osteopaths in Harley Street and Alexander Technique trainers, as well as a consultant specialising in musicians’ injuries and hand injuries, Dr Ian Winspur.

Of everyone on the list, the name that leapt out at me was Winspur, and I immediately called to make an appointment.

To get a bit ahead of myself, I should say that Dr Winspur is one of the world’s leading specialists in hand pain among musicians. One example will do: after my problem had been resolved, my girlfriend at the time was performing a Shostakovich piano concerto - the following day she felt some pain in her hand, specifically in the tendon running along the thumb into the wrist. I took her along to Dr Winspur, and the first thing he asked was:

‘What were you playing?’

‘Ah, he does it every time! You have a strain that is usually found among young mothers and female bassoonists…’

We looked at him in amazement. I asked:

‘But what’s the connection?’

‘The thing is that young mothers bend their hands when they hold their baby, and female bassoonists get it from playing the key with their thumb when the instrument isn’t designed for a woman’s small hand but for a man’s. And both of them strain the same tendon!’

But to get back to my own story… At that time I still knew nothing, and to me he was simply a doctor I was seeing for the first time. And the first thing he told me was, ‘Don’t stop playing!’

I looked at him in surprise.

‘When you stop playing, you stop using those tendons and they get stiff. Then when the pain goes you start practicing furiously and strain it even more, because the tendons have got out of the habit. And then you quickly wreck your career. You need to play just a little and make sure the pain doesn’t get worse. If the pain stays the same you can carry on. If it gets worse you need to lessen the load.’

‘But how long will it last?’

‘Maybe six months, maybe a year. Sometimes more.’ And he looked at me calmly with an expression which told me quite clearly there was nothing I could do but accept it.

Still, I wasn’t ready to give up so easily. A whole year? I hadn’t got that much time! So I went for massage, then to an osteopath, then to another, then to a Feldenkrais therapist. By this time a little lump had appeared on my hand, which began to get bigger. A sort of little ball, full of something or other.

Then I realised that all these clever people could cure only what they knew about and not what I had. So they were trying to cure things which actually had nothing to do with my problem. For example, one of the osteopaths checked me over very carefully and announced that my pelvis was crooked so that one leg was shorter than the other and it needed to be straightened. I asked him whether he was sure that the pain in my hand was connected with that, and he said, ‘Yes, I think so!’

In the end, when I had spent enough time and money without seeing any improvement, I decided to go back to the Winspur and find out about this lump on my hand.

‘Ah, it’s a ganglion!’ he said, and then he explained what that was.

A ganglion cyst is a fluid-filled swelling or lump that develops under the skin, near a joint or a tendon. The cyst can range from the size of a pea to the size of a golf ball. They are made up of a thick, jelly-like fluid, called synovial fluid, which surrounds joints and tendons to lubricate and cushion them during movement.

‘There are two options – one, we pierce it with a needle and drain the fluid, and two, you have an operation. If we do the first there is a 50 per cent chance the ganglion will come back; with the second there is about a 98 per cent chance it will never come back, but it will take a while to heal.’

A few minutes later, for the first time, he gave me the treatment called needle aspiration to drain the fluid. Naturally, the ganglion came back after a while.

My brother Greg, a doctor based in New York, gave me some entertaining information over the phone.

‘Do you know what the mediaeval cure was?’

‘Bashing the hand with the Bible. You know why they used the Bible?’

‘Er, because they believed in its supernatural powers?’

‘No – it was because it was usually the heaviest book to hand….’

I thought about the state of my hand after being smashed with a heavy tome and sighed. It wasn’t the right solution for me.

Every so often I would go to see Dr Winspur, and he would drain the fluid with his needle. In summer I found myself in New York and decided to present myself to one more surgeon – I was beginning to think this lump would keep coming back for ever – and he took a look and said, ‘If you like we can operate, if it’s bothering you.’

As for the reason for the ganglion’s appearance, he told me it came from playing vibrato on the violin. I began to prepare for the operation – then one day my brother suddenly remembered that I take Roaccutane (a very strong acne treatment) – which meant it was advisable to avoid operations because of the associated risk that the drug could affect the healing process. So the operation was cancelled.

I went back to Dr Winspur and told him I’d been in America, where I’d been told the ganglion was a result of playing vibrato. He said, ‘I know they say that – but they’re wrong. Statistically, ganglions occur in ordinary people just as often as in musicians.’

As time went by the ganglion got smaller and smaller, until at length it disappeared completely. I’d had the needle treatment at least ten times. The doctor stopped taking my money very soon after the first consultation, perhaps because, as I subsequently realised, my condition was rather rare. Years later, after I’d recommended him to another person with similar symptoms, he told her all about the violinist whose fluid he’d had to drain at least ten times…

The most important thing I learned during the whole saga was: don’t stop playing. And I got this from a doctor whose expertise I and many friends had good reason to trust. Happily, thanks to my experience, I was able to spare a number of others, including musicians, unnecessary suffering by sending them to Dr Winspur – and usually they needed only one or two treatments.

Roman Mints’ DANCE OF SHADOWS is released on Quartz Music on 14 May 2014. It includes the notable premiere of Dobrinka Tabakova’s Spinning a Yarn, written especially by the composer for Mints as a gift to his then unborn twins, Eva and Ilya.