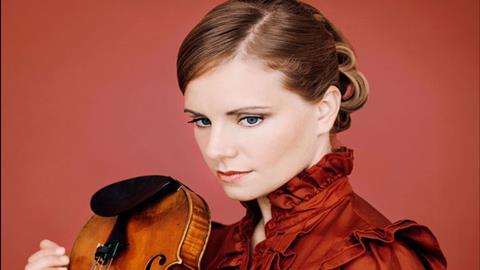 German violinist Julia Fischer has been awarded the Order of Merit of the Federal Republic of Germany for her work as a cultural ambassador for the country.

Bavarian Minister of Culture Ludwig Spaenle presented the merit cross to Fischer at a special ceremony in Munich:

'You inspire audiences with your great passion, elegant virtuosity and artistic diversity,' he said. 'As one of today's renowned violin soloists, you are a leading exponent of musical culture throughout the world through your concerts with top conductors and orchestras.'

Born in Munich in 1983, Fischer won first prize at the Menuhin Competition in 1995 and triumphed again at the Eurovision Young Musicians contest a year later. At 23, she became the youngest university professor in Germany when she was appointed Professor for Violin at the Frankfurt University of Music and Performing Arts in 2006.