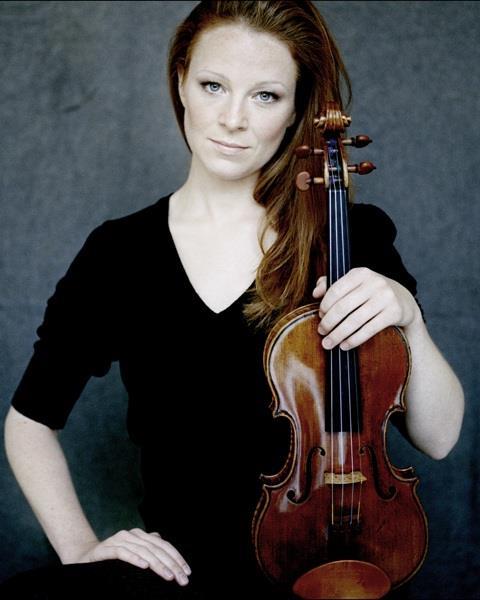 Violinist Carolin Widmann has been named the winner of this year’s Schnieder-Schott Music Prize. The €15,000 award will be presented on 11 November 2014 in a concert with the State Orchestra of Mainz under the direction of Hermann Bäumer. Founded in 1986 by music publisher Heinz Schneider-Schott, the prize recognises artists championing the work of living composers.

Widmann was born in 1976 in Munich, and studied in Cologne, Boston and at the Guildhall School of Music and Drama in London. She has collaborated with conductors such as Sir Simon Rattle, Riccardo Chailly and Sir Roger Norrington, and with the Leipzig Gewandhaus Orchestra, the Bavarian Radio Symphony Orchestra, the Orchestre National de France and the Tonhalle Orchestra Zurich. The violinist has been a professor at the Felix Mendelssohn University of Music and Theatre in Leipzig  since 2006, and has directed the Hitzacker Summer Music Festival since 2009. This season she will give the world premiere of a new violin concerto written for her by Julian Anderson, commissioned by Seattle Symphony, London Philharmonic and Deutsche Symphonieorchester Berlin

The Schneider-Schott Music Prize is awarded every two years by an independent jury of experts – currently  including composer Wolfgang Rihm and pianist Lars Vogt.