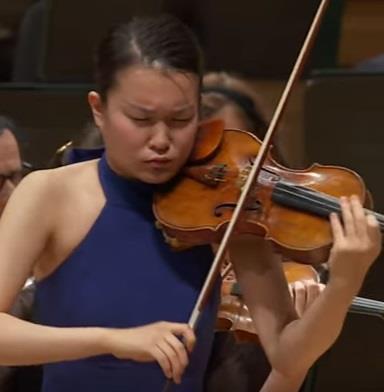 Ayana Tsuji has been named the winner of the 2016 Montreal International Music Competition – this year dedicated to the violin. The 18-year-old Japanese musician, who last year was the fifth placed laureate at the Joseph Joachim International Violin Competition in Hannover, receives the top cash prize of $30,000 and concert engagements following her performance of the Sibelius Concerto with the Montreal Symphony Orchestra under guest conductor Giancarlo Guerrero in the finals. Tsuji also receives the majority of the special prizes, including the $4,000 award for the Best Performance of the Compulsory Canadian Work and the $2,500 award for the Best Semi-Final Recital.

Second prize, worth $15,000, goes to 23-year-old South Korean Bomsori Kim, who was a finalist at the 2015 Tchaikovsky competition, while third prize, worth $10,000, goes 17-year-old Minami Yoshida, from Japan. Kim also receives the $5,000 People's Choice Award, donated by Radio Canada.