The annual Detroit contest, including senior and junior divisions, is open to Black and Latino US string players 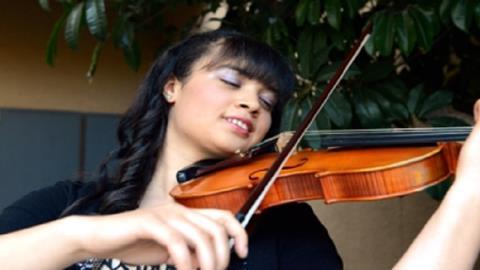 Annelle K. Gregory has won the senior division first prize, worth $50,000, at the 20th Sphinx Competition in Detroit, Michigan.

Held annually, the Sphinx Competition is open to junior high, high school, and college-age black and Latino string players residing in the US, with the aim of developing classical music talent in the black and Latino communities.

Watch Annelle Gregory performing at the 2016 competition below: