Violinist Alexander Sitkovetsky on the importance of practising scales 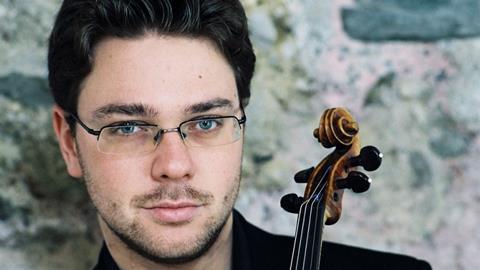 One of the things I find most surprising when working with new students - either at the Royal Northern College of Music in Manchester, the Royal Academy of Music in London, or on my travels - is how little time they have spent practising scales. The students might have played them here and there, but it seems that they haven’t really put in the time and, most importantly, they haven’t understood why scales are so invaluable to their overall playing.

This might come across as cliché, but being trained in the Russian school for many years meant the importance of scales was drilled into me from an early age. Both Natalia Boyarskaya (my first teacher) and Maya Glezarova (with whom I had regular lessons in my late teens and early 20s) were direct descendants of the Yuri Yankelevich School, while Hu Kun, my professor at the Royal Academy of Music, had a teacher in China, Lin Yao Ji who had studied with Yankelevich in Russia. All of them treated scales like a ritual.

Students sometimes think of scales as a chore to be practised as quickly as possible before moving onto the ‘fun’ stuff, and for them it is enough to run up and down a few octaves in no particular tempo and without any structure. But scales are so much more than that. If practised correctly and with real dedication, they can build your playing skills to a completely new level.

In the right hand, they test quality of tone, bow distribution, string crossings, dynamics, and different strokes such as legato, spiccato and martelé; in the left, they can improve agility, smoothness of shifting, intonation and vibrato.

Using the method that I was passed down from my teachers, I like to start a four-octave scale in a slow tempo, one note per bow, four beats to a note. I do this both with and without vibrato. This allows me to practise my bow speed, distribution and control, and also to find comfort in my posture and left hand set up. Then I move to two notes per bow, still in a very calm tempo. Then it is on to four notes to a bow, then eight, 16, and finally 32. Each step doubles the speed, moving from a lyrical scale to a virtuoso one. I like to do this in all keys, beginning with G major and up to C sharp major. If I don’t have much time, once I have played the first scale in all variations, I will play the other ones at a fast tempo only.

Among my favourite and most useful exercises are ‘two-finger scales’ – four octaves using only two fingers at a time: 1,2; 2,3; 3,4. This allows me to compartmentalise the actions of just two fingers and to focus on shifting and dexterity.

Not only do scales provide a fantastic warm up, but they can be applied directly to repertoire. For example, the third movement of the Mendelssohn Concerto - which I will perform next week - is full of scale passages, while the second movement requires a really singing bow as well as control of different speeds. Another example is, of course, the Beethoven Concerto, which, at its most simplified is really a collection of beautiful melodic scales.

It’s no coincidence that there are countless stories and anecdotes about the importance of scales to the great violinists. They set the tone for the whole day, like an athlete’s warm up routine, and help us in our quest to perform major works at the highest possible level. The most important advice that I was given from my teachers was to ‘practise scales musically, as if you are playing your favourite piece in the world’. I end up having much more fun this way.

I have noticed a definite jump in the standard of my students’ playing since scales have become a regular part of their musical diet and I hope that this will continue. It’s not easy at the beginning but once the first improvements come, it becomes much more fun and rewarding for the student and, of course, for the teacher. As for me, I am grateful that I was taught about the importance of scales at an early age.

Alexander Sitkovetsky performs Mendelssohn’s Violin Conerto alongside the Vienna Tonkünstler at Cadogan Hall in London on 28 February 2017 as part of the Zurich International Orchestra series.