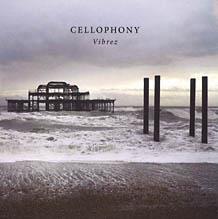 This release is a debut both for London-based cello octet Cellophony and for Edition’s new Classics label. ‘Vibrez’, a request not for vibrato but rather to thrill, opens with practically none of the former but plenty of the latter. The groundbreaking first few bars of the Act 1 Prelude to Tristan and Isolde are extra-striking with the hard, cutting edge the non-vibrato lends to them. It also renders the luxuriant sweep of sound when all eight cellos come in at full throttle almost overwhelming.

The recording’s bold, immediate colours ensure that we are frequently wowed by the combined sound of these young cellists, all alumni of London’s Guildhall School. Liszt’s Lugubre gondola has a truly lugubrious opening: massed low tessitura cellos, haunting solo lines and an ethereally effective texture when the chromatic melody emerges. In Mendelssohn’s Ave Maria their shared sound is a pretty good imitation of a church organ, while Giovanni Sollima’s Violoncelles, Vibrez! builds with glissandos, pizzicato and repeated minimalist motifs to a dazzling conclusion.

All the tracks except the Sollima are arrangements by multitalented Philharmonia cellist, composer and Cellophony member Richard Birchall. These are unfailingly clever, sometimes so intricate that effect swamps the music, but full of inspired moments such as the change to sul ponticello in Schubert’s Aufenthalt as the mood becomes more fevered.