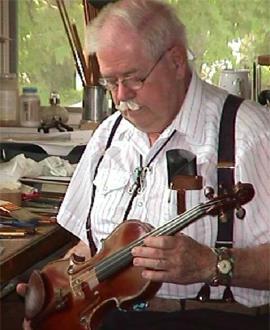 US violin maker Edward Campbell died on 18 July at the age of 86. A founder member of the Violin Society of America (VSA), he made more than 180 instruments during his long career, while the apprenticeship programme he set up at his shop in Boiling Springs, PA, helped introduce many young luthiers to the craft of instrument making.

Born in 1929 in Pennsylvania, Campbell worked at a local violin maker's shop during his teenage years. He received a degree in industrial engineering from Penn State University in 1955 and worked in that field in Chicago. In 1960 he returned to his home state, where he and his wife Mary established the Chimneys Violin Shop at Boiling Springs.