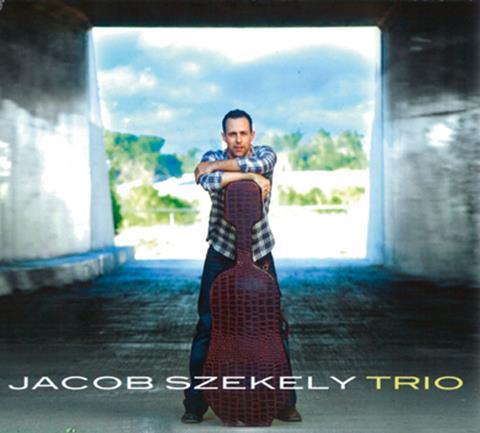 This trio took me by surprise. Maybe it’s that the ‘piano’ of the booklet notes actually extends into synth and organ, or that the drums are heavy without drowning out the cello. Whatever, the grooving, fusiony opener really hits you, and Jacob Szekely’s raw grunginess when improvising is just right for this feel. His mixture of rock influences and post-bop licks – most apparent in Morning Rush – isn’t always an easy marriage, but it does give him a pretty big range of language which he uses to build solos impressively.

There’s more to this than bombast – just as striking is the cello-only Diana’s Lullaby where Szekely’s strummed pizzicato gently resonates and charms. There’s some detailed writing and more subtly incisive playing at times, too – but it’s still a good thing that the trio ends as it begins, playing around a big old groove and having a lot of fun in the process.