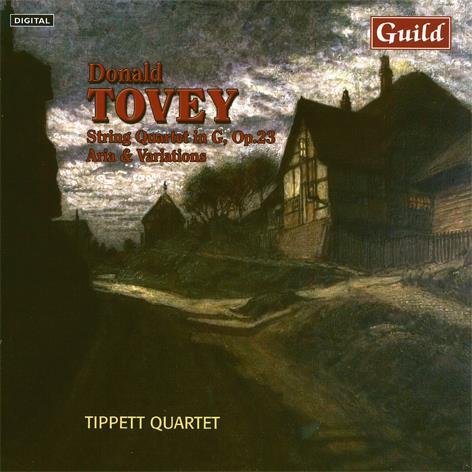 The concerted effort by several labels to record Donald Francis Tovey’s oeuvre has at last turned up a masterpiece. The Air and Variations is a major work, lasting just over half an hour, which holds the attention with fertile invention and superb craftsmanship, culminating in fine fugal writing.

The name Brahms is invoked in the booklet essay but the music is never reminiscent of him. The polyphony is beautifully clear – Adolf Busch, who championed the work for three decades, preferred Tovey’s part-writing to Beethoven’s – and the variations are distinct from each other.

The piece is excellently played by the Tippett foursome. I suspect musicians of Tovey’s own time played the lovely Air slightly more slowly; but we are unlikely to hear a better performance in the near future. If the Tippett players are slightly less successful with the G major Quartet, that may be Tovey’s fault. I am not sure they fully comprehend the shape of the opening movement, which is rather long, though they catch the charm of the Pastorale, based on one of the Balliol Dances. Again I think they could have played the Poco adagio more slowly.
The recordings are splendid, but the variations of op.11 should ideally have been separately tracked.