The gift of studying with Josef Gingold 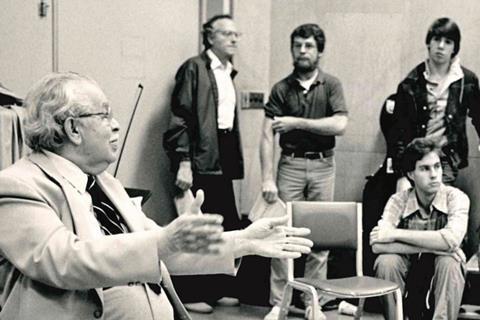 The following is an extract from a longer article in The Strad’s September 2018 issue. To read further, download now on desktop computer or via the The Strad App, or buy the print edition

When Gwen was 13 years old and joined the National Youth Orchestra of Canada her musical life really began to change. At that time the orchestra had some extraordinary coaches – Frederick Grinke, Josef Gingold, New York Philharmonic concertmaster Sidney Harth and Boston Symphony Orchestra concertmaster Richard Burgin among them.

Gingold had just retired as concertmaster of the Cleveland Orchestra and was going to teach at Indiana University in Bloomington. Before they parted company, he said, ‘Gwen, when you finish high school, call me. I want you to come and study with me.’ In September 1965, once her time at school had finished, she did just that – and he told her to get to Bloomington as fast as she could. When she arrived, Gingold was there to meet her, enrol her and find her accommodation in a university dorm.

‘Mr Gingold often said, “In life, you must be a horse; you look straight ahead, with blinkers. No matter what keeps driving up on either side, don’t be distracted.”’ 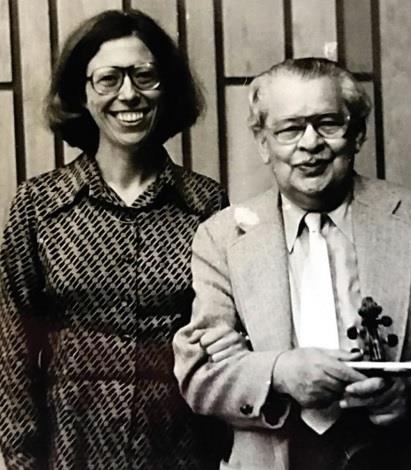 Gwen’s connection with him was instant: she had found a true mentor. ‘He was so kind and gentle, and he was an incredible teacher. I was a lot heavier back then and he’d say, “Oh Gwen, you shouldn’t drink so much beer,” or, because I squeezed the violin neck too hard with my thumb, “Let’s start with a finger diet.” But he’d always do it with love. When he was talking I felt that everything he said was just for me – even though I know he said the same things to a million different people.’

Gingold also gave Gwen some wonderful opportunities: in her second year at the university he asked her to substitute for him in some concerts. ‘To play with his pianist Walter Robert was just amazing,’ she says. ‘One of the pieces was Bartók’s First Rhapsody, and I thought, “Oh God!” I was teaching János Starker’s daughter the violin at the time – Mr Starker’s studio was on one side of Mr Gingold’s, William Primrose’s studio was on the other – so I called up Mr Starker and said, “I’m playing Bartók’s First Rhapsody, with Walter Robert!”

I walked into Mr Starker’s studio, sweating with nerves because it was Mr Starker, and the first thing he said was, “You know, Gwen, you don’t have to be Hungarian to play Bartók. Let’s just get that straight first.” He helped me too.’

This an extract from a longer interview in which Gwen Thompson-Robinow recalls her experiences learning from Joself Gingold, Jascha Heifetz and Ivan Galamian in The Strad’s September 2018 issue. To read further, download now on desktop computer or via the The Strad App, or buy the print edition