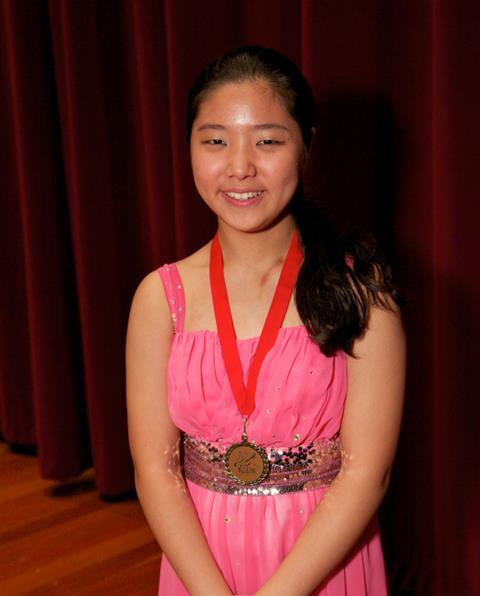 Youjin Lee, a 17-year-old South Korean violinist, has won first prize at the Irving M. Klein International String Competition in San Francisco, US. Lee (pictured), who studies with Danielle Belen and Robert Lipsett at the Colburn Young Artists Academy in Los Angeles, received cash and solo appearances worth a total of $14,400.

Victory in San Francisco marks Lee's second competition win in as many months: she took first prize at the Stulberg International String Competition in Kalamazoo, Michigan, in May.

Second prize at the Klein Competition went to US violinist Wyatt Underhill, 22. Violist Dana Kelley, also 22 and from the US, took third prize.

The Klein Competition has been held annually since 1986. Past prizewinners include Jennifer Koh, Vadim Gluzman, Lara St John, Alban Gerhardt and Wendy Warner.