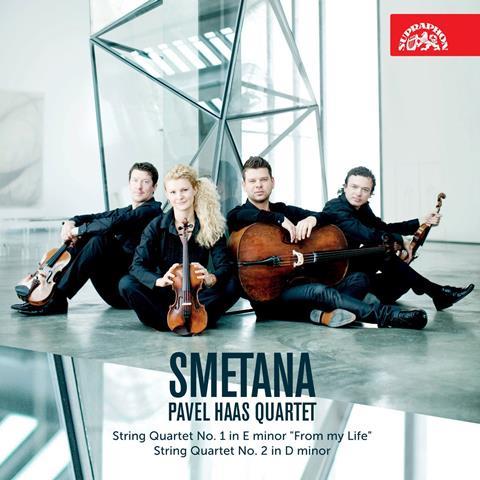 Recording the two Smetana quartets is a rite of passage for any Czech ensemble, and the Pavel Haas Quartet – already a prize winner for its recordings of Janácek and Dvorák – here follows in a distinguished line in committing its interpretations to disc for Supraphon. There’s nothing exceptionally individual about these readings, but instead good, solid musicianship that cuts through to the emotional heart of Smetana’s autobiographical outpourings. Maybe the warm second subject of no.1’s first movement has been played more sweetly than Veronika JarŠ¯šková’s first violin manages here; but Pavel Nikl’s viola brings real, portentous bite to the opening theme, and the rhythmic playing throughout is crisp and well judged.

The Second Quartet – a difficult work to bring off at the best of times, with its almost late-Beethovenian, ‘world-of-its-own’ short-windedness – emerges with more coherence than in some hands, helped by the Pavel Haas players’ ability to hold everything – phrasing, balance and rhythm – together. This unanimity of intent is emphasised by a recording that conveys the sense of an integrated ensemble rather than pinpointing four distinct musicians, a downside to the much closer miking of the same label’s comparable recording with the Š kampa Quartet †¨a decade or more earlier.