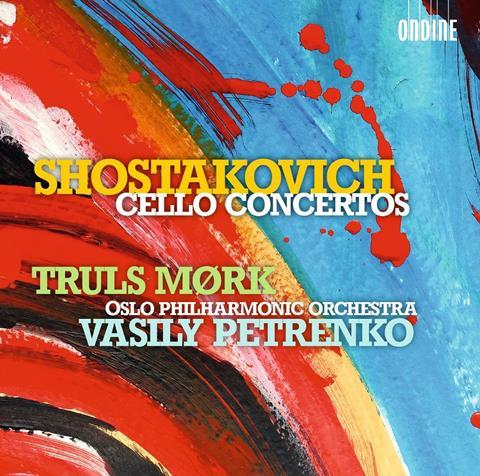 Truls Mørk’s intelligent artistry and Vasily Petrenko’s vibrant conducting combine in a fine new recording of Shostakovich’s two great cello concertos, both written for Rostropovich. Mørk is a masterly interpreter, making the First Concerto’s constantly repeated opening theme, in turn punchy and cheeky, colourlessly oppressive and finally petulant. The balance rather favours the orchestra: in the Moderato, Mørk weaves his solo line sinuously among the strings with delicacy and poignancy, but even when his 1723 Montagnana gets to sing out, its tone is still subdued. His sound is fuller in the convincingly shaped phrases of the Cadenza, where the nicely defined rapid ascending and descending scales lead into a suitably nightmarish finale.

Seven years separate this work from the Concerto no.2 of 1966. After its brooding opening, the Norwegian cellist soars plaintively in this more personal, introspective work, his sound showcased by a recording that favours his instrument more, while also clarifying the vivid orchestral colours. Some might find the mocking scherzo a little lacking in red blood here, but the multifaceted final Allegro – with its crisp march, rock solid in a tempo of military precision, dissolving into the most eloquent of cadences, and its moments of otherworldly stillness – really finds the expressive heart of the work.