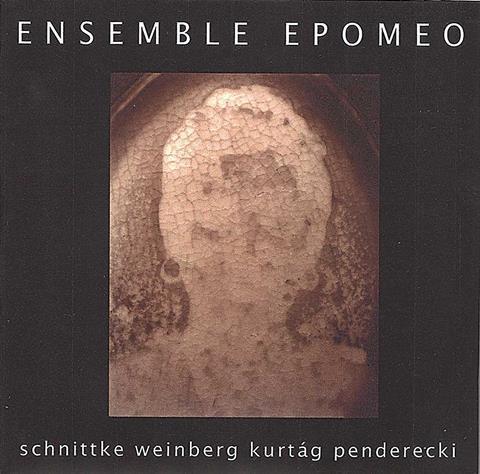 For its second disc – generously filled, and rewardingly programmed – string trio Ensemble Epomeo focuses on music composed in Eastern Europe and Russia in the late 20th century, playing with a remarkable intensity and elegant assurance throughout.

The threesome’s Schnittke String Trio bristles with detail – there are finely balanced chords moving from glowing diatonicism to harsh dissonance, and carefully shaped melodies with beautifully expressive vibrato – yet they never lose sight of the work’s broader architecture, nor of its poignant, increasingly bleak mood. Penderecki’s String Trio gives the players the chance to shine individually in vividly dispatched cadenzas – David Yang on viola is lithe and expressive, cellist Kenneth Woods nimble and mischievous, and violinist Diane Pascal forcefully assertive – and there’s a persuasive rhythmic drive to their propulsive closing movement.

They expertly summon vivid sound images for a selection of miniatures from Kurtág’s Signs, Games and Messages, and there’s abundant lyricism in their Weinberg String Trio, not least in Woods’s gracefully phrased opening cello line. But if you’re looking for hot-headed emotion or raw honesty – which much of this music surely calls for – you’ll seldom find it here: the care with which the players tackle the four pieces’ demands can spill over into sometimes overly careful performances, which, though smooth and stylish, can sound a little cool. Recorded sound, though, is warm and resonant.