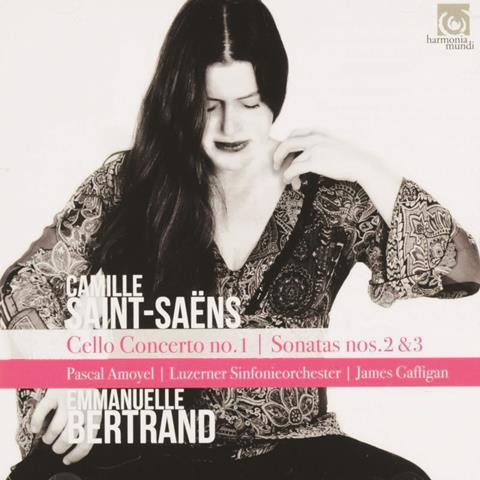 This cellist-orchestra-conductor-label collaboration has brought us Shostakovich, Dutilleux, Rihm and Dvorák, and it’s fascinating how the established dynamic throws a different light on Saint-Saëns’s First Cello Concerto. Bertrand sounds as poetic and vulnerable here as she does in her recording of Dutilleux’s Tout un monde lointain... but the sound picture surrounds her with James Gaffigan’s snarling orchestra and its penchant for ferocious crescendos. This might not be an imposing performance from Bertrand but it’s an engaging one. Those defensive aspects in Bertrand’s playing are thrown into a different light in the second and third cello sonatas (only two movements of the latter survive). In the Second Sonata, her attractive variance in colour and unerring tonal quality across those colours is clear (best of all in the theme and variations) and that poised hesitance in her playing – the opposite to big-boned lyricism – makes for a special performance with Pascal Amoyel of the Romanza in the third movement. The torrent of ideas and textures (even more double-stopping and colourations here) that pours out of the Third Sonata’s first movement isn’t quite balanced out by the delicacy of the Andante that follows (with some trademark Saint-Saëns textures). Perhaps the lost third and fourth movements would have solved the problem. We’ll never know, but the stub makes a useful supplement here, especially from a cellist who always plays to the qualities of the instrument.