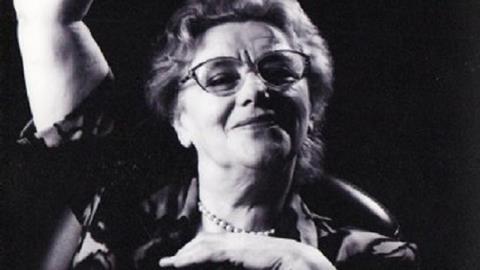 Natalia Shakhovskaya died at the age of 81 on 20 May 2017.  Born on 27 September 1935, the Russian cellist studied at the Gnessin School of Music and at the Moscow Conservatory with Semyon Kozolupov and Mstislav Rostropovich.

In 1962 Shakhovskaya won First Prize and the Gold Medal at the International Tchaikovsky Competition cello section - a win which launched her as a prolific concerto and recital soloist, and recording artist.

From 1975 to 1995 she served as head of cello and double bass studies at the Moscow Conservatory, and was a professor at the Queen Sofía School of Music in Madrid for 15 years. A highly successful teacher, Shakhovskaya guided many of her students to win international competitions.