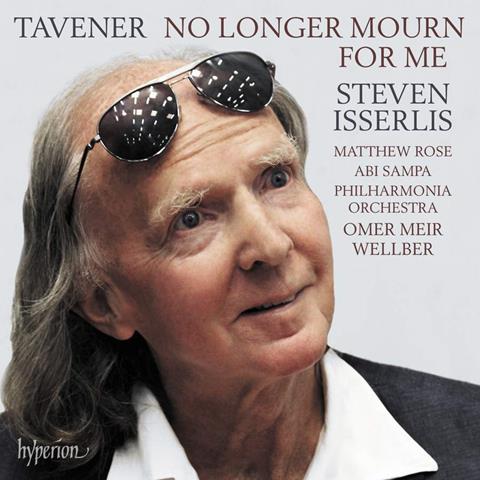 Description: A deeply personal celebration of a composer and cellist’s creative relationship

Works: Tavener: Preces and Responses (arr.Isserlis); The Death of Ivan Ilyich; Mahámátar; Popule meus; No Longer Mourn for Me (arr.Isserlis)

Steven Isserlis’s long creative relationship with John Tavener, which started with The Protecting Veil, is celebrated here. The booklet lays bare the triumphs and difficulties which many deep friendships endure, charting the creative gestation and fruition of the pieces written in the latter part of the composer’s life.

Tavener is always searching and asking the undefinable questions, and this aspect characterises all these late works. He draws on a wide variety of sources for inspiration, from Tolstoy and Shakespeare to Catholicism and Islam. This creates some interesting sound worlds, and Mahámátar is particularly mesmerising. Here the Sufi singer Abi Sampa improvises over the cello line, eloquently portrayed by Isserlis. It is exquisite and memorable. Equally Popule meus creates a vivid drama with the timpani challenging the solo cello in the meditation on the text ‘oh my people what have I done to you?’ The interpretation is magnetic.

The Death of Ivan Ilyich sets a text by Tolstoy and depicts a dying man’s pain – a reflection of Tavener’s ailing health. Here the cello is cast in the dark subconscious, while the bass singer incants over a wide tessitural range. Two pieces are arrangements for eight cellos by Isserlis. The rich timbre of the cellistic forces in No Longer Mourn for Me and Preces and Responses is like being in a bath of beautiful sounds.