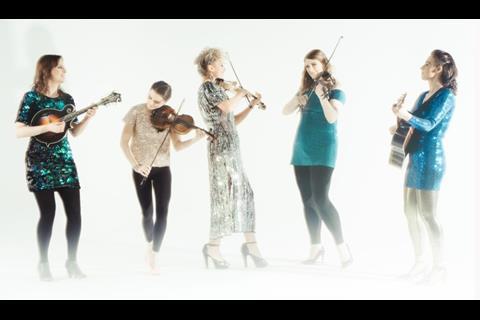 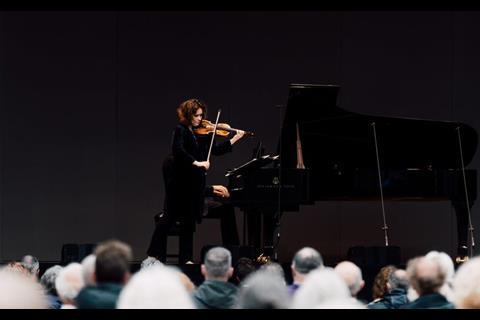 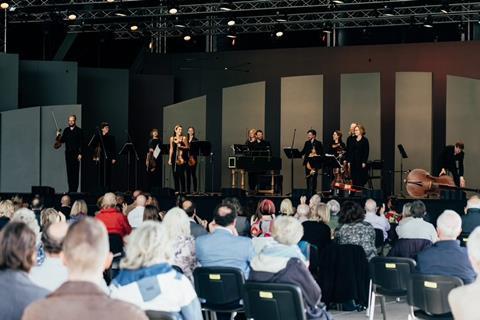 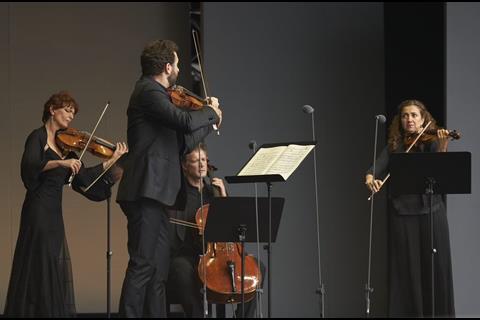 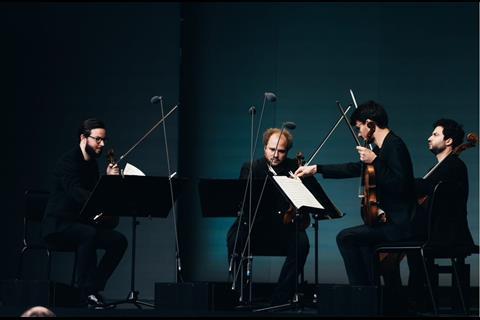 Driven playing in Haydn and Schubert by the Goldmund Quartet 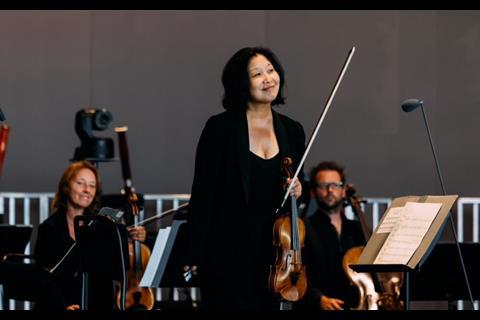 David Kettle samples the best of the Scottish festivals’ strings-based programmes in August 2021, imaginatively refreshed and distilled for post-pandemic times

To say that 2021 has been an unusual year for Edinburgh’s festivals would be – well, it would simply line them up alongside almost every other arts event devastated by the pandemic. But after online performances and light shows last year, in 2021 they re-emerged, smaller, more cautious, with less of the flamboyant, anything-goes attitude they’re notorious for, but – whisper it – perhaps all the better for that.

At the Edinburgh International Festival, the decision was made months back to host live music in open-air, semi-outdoor pavilions (unkindly, though rather accurately, dubbed polytunnels) in three locations across the city, with judicious amplification so subtle you’d hardly notice. The results have been unconventional but very rewarding, certainly in the smaller space erected in the quad of the University of Edinburgh’s neo-classical Old College. Even when Scotland’s capital threw the worst of its summer weather at a concert – as happened with Patricia Kopatchinskaja and Joonas Ahonen on 9 August – things just about held together, even if the battering rain on the plastic covering somewhat obscured the violinist’s quieter passages. It was already a disrupted programme: what had been intended as Schubert, Brahms and Janáček with Fazil Say became two Beethoven violin sonatas – nos.7 and 9, the ‘Kreutzer’ – with Ahonen, who was on immaculate, perceptive form throughout. Kopatchinskaja delivered blistering, defiant performances, her every phrase interrogated for meaning (probably a little excessively to some tastes), though she never lost sight of Beethoven’s grander architecture. The finale of her ‘Kreutzer’ Sonata, in fact, felt like a delirious release of all the pent-up energy and worry from earlier in the concert. In between, the duo gave a thoroughly convincing account of Schoenberg’s thorny Phantasy: Kopatchinskaja’s micro-expressivity really came into its own in the serial master’s gnomic but teemingly detailed solo line.

The following week, the Munich-based Goldmund Quartet (19 August) made its International Festival debut, and, though there was no doubting the foursome’s technical accomplishment and smooth, stylish sound, their lavish rubato pulled their opening Haydn B minor Quartet op.33 no.1 in all directions, making for a rather ear-bewildering start. They were far more persuasive in the main meat of their concert – Schubert’s ‘Death and the Maiden’ Quartet – though even here it felt like they had a point to prove, or an individual stamp to brand on the chamber warhorse. Their opening movement was pushed so hard it fell somewhere between gripping and exhausting, and their closing tarantella went at such a lick that their otherwise immaculate ensemble felt somewhat under threat. It was as far from a workaday performance as you could imagine, and if they set out to challenge and provoke, they undoubtedly achieved that.

In the festival’s closing days, the all-standing (bar cellist Claudius Herrmann) Gringolts Quartet (26 August) gave similarly hard-driven accounts of Mozart and Dvořák that posed more questions than they answered. There was an almost claustrophobic intensity to the opening Mozart D minor Quartet K173, as though we were unable to escape the sudden contrasts, dense rubato and unsettlingly improvisatory feeling of the musicians’ performance, superbly articulated and balanced though it was. Their Dvořák Quartet no.13 was more joyful and earthy, and provided more opportunities to enjoy the players’ astonishing attention to detail: even the movements’ closing chords were elegantly shaped and nuanced.

The festival’s orchestral concerts took place in a larger pavilion in the leafy grounds of the Edinburgh Academy Junior School, which provided an expansive stage for the eleven-strong Benedetti Baroque Orchestra, fronted by Nicola Benedetti herself (14 August). It was the first in a trio of concerts showcasing the Scottish-born violinist – followed by a solo recital of virtuoso showpieces, then Stravinsky’s The Soldier’s Tale – and it proved an exceptional display of Benedetti’s rich but buoyant approach to Baroque violin music, in this case mainly Vivaldi. There was vividly characterful playing from the whole ensemble, which behaved very much as an extended chamber group, with cues and reactions jumping from instrument to instrument. The turbulent storm of Benedetti’s closing ‘Summer’ from The Four Seasons proved an appropriate reflection of the festival’s opening days, especially in the force and vigour, almost violence, with which she delivered the piece. Nonetheless, as in the stately earlier B minor Concerto RV386 and the scurrying eagerness of RV211, Benedetti ensured a vivid sense of musical storytelling amid the freedom and suppleness of her accounts.

Saint-Saëns’s First Cello Concerto has almost become Sol Gabetta’s musical calling card, but there was an absolute absence of playing by numbers in her performance with the Royal Scottish National Orchestra and Elim Chan (16 August). It was a joy from start to finish, fresh and sparkling, muscular but lyrical, and played with such nimbleness in articulation and vibrato that it was tempting to sit back and simply marvel at her technical prowess. But Gabetta clearly meant every last note of the Concerto, and there was equally persuasive backing from a lithe RSNO under Chan’s incisive direction.

If the International Festival has been smaller in 2021, the Edinburgh Fringe has offered just a fraction of its usual overwhelming plethora of events. Nonetheless, there were some musical gems among them. Edinburgh-based clarinettist Calum Robertson had assembled a foursome of excellent soloists for a performance of Messiaen’s Quartet for the End of Time in the intimate St Vincent’s Chapel, Stockbridge (16 August), and it achieved a truly spiritual intensity – one no doubt aided by the long-awaited return to live performance for many of those in the space. Alongside Robertson and powerful pianist Sean Jackson, violinist Tom Hankey and cellist Christoff Fourie excelled, both passionate, superbly controlled and immensely moving in their respective ‘Louange’ solo movements, even if their tempos were a little on the brisk side for the sense of the infinite Messiaen was after.

Alongside the classical riches, there was plenty of traditional Scottish music on offer, with an almost daily thread of late-night performances in the International Festival’s Old College pavilion. Among many highlights, Glasgow’s all-female Kinnaris Quintet – comprising fiddlers Aileen Reid, Laura Wilkie and Fiona MacAskill alongside guitarist Jenn Butterworth and mandolin player Laura-Beth Salter – stood out for sheer verve, inventiveness and complexity of their offerings (12 August). Using centuries-old folk tunes alongside bang-up-to-date new compositions, they mined their unusual combination of instruments for every conceivable textural variation, from the acerbic to the soulful, the lavish to the angular, pushing trad sounds as far as they can go. It was compelling, provocative and beguiling, and a true string highlight in a quieter, though no less rich, festival.