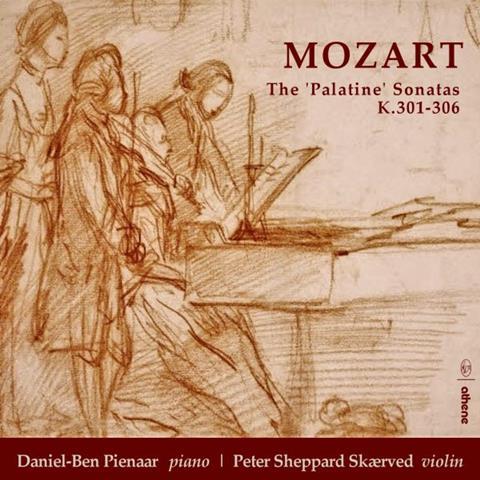 A particular feature of these period-informed performances, and of the recording, is the changing balance between instruments. (Peter Sheppard Skærved provides an excellent booklet essay on the subject.) In the pacy first movement of the G major Sonata there are lively conversations between the players. The second movement Allegro has naïve charm. There is bright tone and vivid phrasing in the opening Allegro of the E flat major Sonata, and vocal phrasing in the following Rondeau, with various varieties of staccato. They play the first movement of the C major Sonata with rhythmic freedom, the effect is relaxed and fun.

There are many contrasts in the E minor Sonata, thoughtful at one point, confident and outgoing in the next, with the pulse changing along the way. The Menuetto is graceful, tentative after the piano’s mini cadenza and prayerful in the switch to E major. In the Allegro di molto of the A major Sonata there is irresistible joie de vivre and fine dovetailing of dynamics between instruments. In the variations there is the feeling that dance is never very far away. The first movement of the D major Sonata goes at a good pace, with the players almost chasing each other, while the Andantino has an air of joint improvisation and the final Allegretto rounds matters off with a musical smile.