A trunk of viola rarities yields a musical treasure-trove 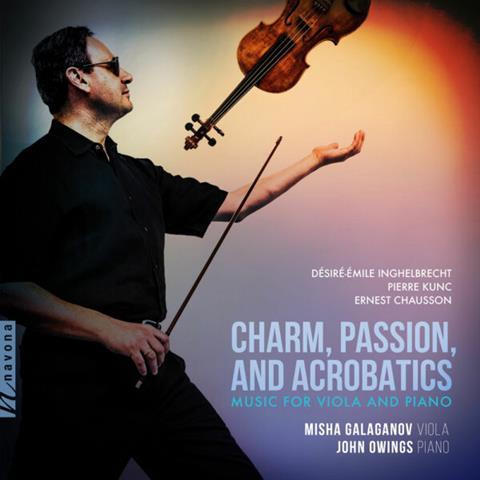 Description: A trunk of viola rarities yields a musical treasure-trove

The idea for this recording was born when violist Misha Galaganov acquired a trunk of music from a colleague who had studied in Paris with the legendary Maurice Vieux. The latter was an assiduous commissioner of viola music, and two of the pieces included here were written for him: Désiré-Émile Inghelbrecht’s Impromptu and Pierre Kunc’s Rapsodie. The former, from 1922, is reminiscent of the pièces de concours that were composed yearly for examinations at the Paris Conservatoire, featuring as it does tricky rhythms and unexpected turns of phrase. Of a similar hue is Inghelbrecht’s playful Prélude et Salterelle from 1907, dedicated to Vieux’s predecessor, Théophile Laforge. Both pieces are tailor-made to highlight the viola’s timbral and technical possibilities and they receive strong advocacy from Galaganov, with his dark, sinewy tone, enhanced by stylish portamento.

Read: Trills and embellishments: exercises from Wilhelmj and Brown’s A Modern School for Violin

Read: A 30-minute daily practice routine for violinists and violists

Pierre Kunc makes striking use of pentatonic scales in his Rapsodie from 1939, negotiated with aplomb by Galaganov, who also provides some suavely expressive playing in the piece’s slow central section. Kunc’s earlier Sonata (1921) is conceived on the largest of scales. John Owings, a proactively supportive partner throughout, comes into his own here, as does Galaganov’s facility in passagework and high-lying double-stopping. The two pieces that bookend this well-recorded CD were conceived for the cello but with a viola alternative sanctioned by their composers: Inghelbrecht’s haunting Nocturne and Chausson’s Pièce, the last work he published before his untimely death. Both pieces exude the heady atmosphere of the Parisian salon, gratefully seized upon by the two interpreters.