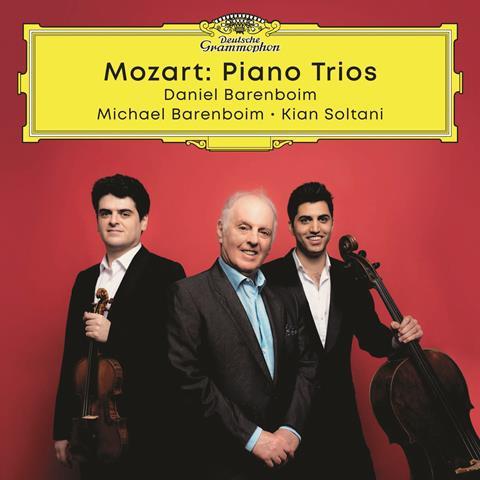 Although the public status of these ‘live’ recordings is unclear, the high quality of the performances and engineering is plain to the ear. The evergreen Daniel Barenboim is fleet of finger, light of touch and subtle with pedal, particularly in the concertante piano writing of K502 and K542, and his accounts, more vivid than those with Nikolaj Znaider and Kyril Zlotnikov (Warner Classics 3446432), faithfully showcase his artistry. His musical chemistry with his violinist son Michael is particularly evident, not only in the numerous passages of piano–violin dialogue (for example, in the first movement of K254) but also in their unified approach to phrasing, articulation and expression.

Cellist Kian Soltani relishes his instrument’s gradual emancipation from a quasi-continuo role into almost an equal partner, notably in the development sections of the opening Allegros of K496 and K542. Throughout, the harmonic direction of phrases is deftly pointed by subtleties of emphasis and timing, as in the final Allegro of K542 and in much of K548. The variation finale of K496, though brisk, is well characterised, with some brilliant piano ad libitum passages and flamboyant arpeggios towards its end, and the catchy folk-like finales of K548 and K564 also hit the spot. Sound quality and balance are exemplary.