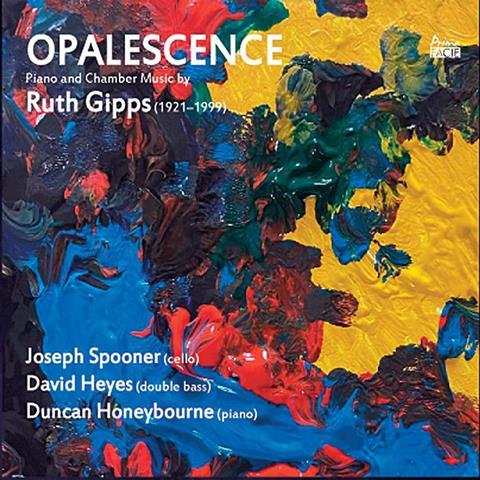 This warmly recorded recital represents a significant addition to the revival of British composer, oboist, pianist and conductor Ruth Gipps, offering no fewer than four world premiere recordings: the Cello Sonata of 1978, The Fairy Shoemaker for solo piano (penned when she was eight), the Scherzo and Adagio for unaccompanied cello of 1987, and her final work, the Double Bass Sonata composed for David Heyes himself in 1996.

Gipps was a favoured pupil of Vaughan Williams, but in her day suffered from the fact that she wrote tonal, folk-tinged music in an age when a composer had to be either an atonal modernist or Benjamin Britten, and preferably male, to be taken seriously. Here, Honeybourne brings a refulgent warmth to the Ravelian Opalescence and the Theme and Variations, but it’s her pieces for strings that make the strongest case for revival. The Cello Sonata is particularly fine: it’s cast in a post-Vaughan Williams language and Spooner convincingly conveys its puckishness and longer-lined lyricism, and with Honeybourne brings real atmosphere to the central Andantino. The Double Bass Sonata is another intriguing discovery, containing yet another elegiac central movement lyrically brought off, and with some enjoyable interplay between bassist and pianist in its perkily quirky finale.