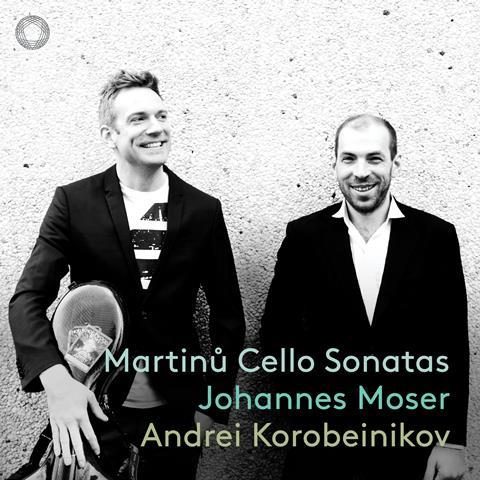 In opposition to the usual feeling that completist recording projects are more about neat expediency than creative planning, Johannes Moser and Andrei Korobeinikov show that Martinů’s three cello sonatas work very well together as a triptych, in much the same way as do the last three Beethoven piano sonatas or Mozart symphonies. Even though they’re presented out of chronological order and we thus lose their pre-war–wartime–postwar trajectory, they are all works of exile and there are enough contrasts and parallels to make a cycle work as a single listening experience.

Each sonata opens with a piano phrase that defines the mood of the work – and such is the nuance of Korobeinikov’s playing that these come across very much as duo sonatas – before the cello takes flight. The second, written in New York in 1942, is perhaps the darkest of the three, and here Moser’s tone is often treacly in colour. The sincerity of his playing captures the inner depths of the slow movements, where the lyrical heart lies in each work, but there’s also a delightful lightness of touch, most notably in the dancing tarantella finale of the Third Sonata. The recording very much captures the two players as equals.

Read: ‘Don’t take yourself too seriously, but take what you do seriously’: Johannes Moser answers your questions